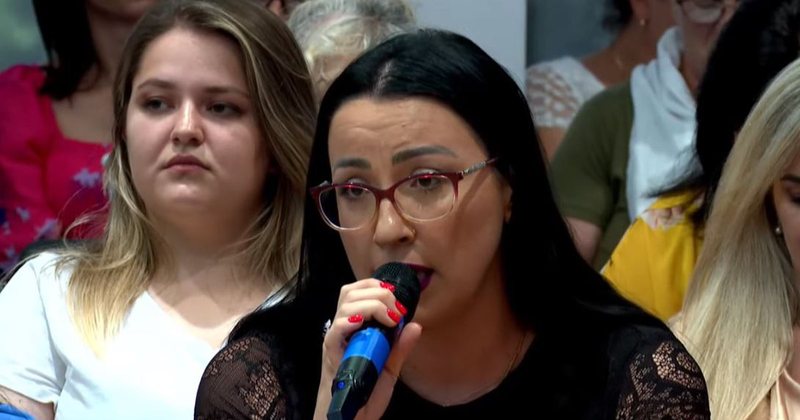 Today a psychologist has confessed a serious case of incest in a family in the north of the country.

During a meeting with the women of the Democratic League of Albanian Women, the psychologist said that three days ago he was in the north after facing a difficult case of incest, where the father systematically abused his daughter for two years.

She said the 12-year-old girl lived in extreme poverty and was not treated for the trauma she went through.

Albanians may be in great need of psychologists, but very little is said. The role of the psychologist should not be discriminated against. I will touch on a topic that has left its mark on my profession.

It is the first time I speak here among you. Not far from the day before yesterday I was in a northern area, in the prosecutor's office, after I was called as an expert there, and I was faced with a very difficult case, an incest, abuse within the family. The father systematically abused the two-year-old daughter, and the state had done nothing for the victim. This state is us.

A 12-year-old girl lived in these conditions, in extreme poverty and was not treated for the trauma she was going through. In my profession I encounter many of these cases. Mental health is neglected. Albania needs to address mental problems. This state has not done anything for psychiatric hospitals, where Shkodra and Elbasan are in a miserable condition. It falls to the brain to tax.

He killed his neighbor in Maliq with a knife, the perpetrator's dogs were the cause, the residents: We reported it to the media

New details from the mega-operation of the seizure of 1 ton of marijuana in Vlora, the value of the drug is 10 million euros, the ship without a flag would arrive in Pulja

"Kosovo and Serbia are at risk of war"/ The American expert makes a frightening warning: The leaders of Pristina and Belgrade must restrain themselves, a new 'storm'...