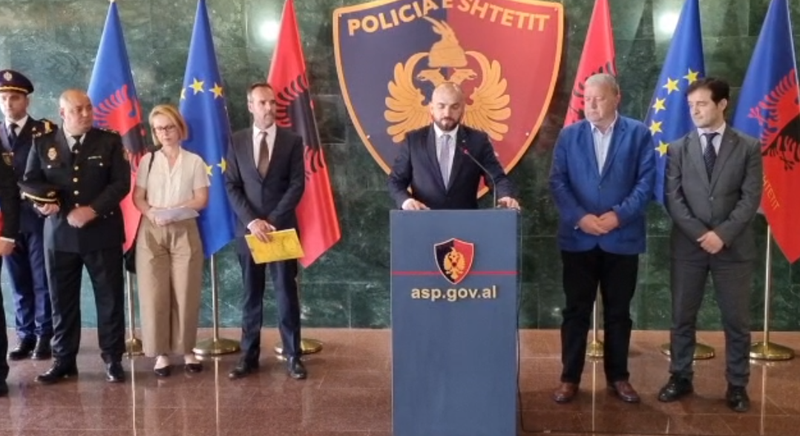 A joint conference between the State Police and the Spanish Police was held at the premises of the General Directorate of State Police.

"The extradition agreement entered into force on March 16, 2022. The agreement with Interpol has also entered into force, so far 7 Albanian citizens have been arrested for drug trafficking. These citizens will be extradited to Spain. In the framework of these operations, narcotics were seized and real estate was seized.

We have had very good cooperation with the Spanish authorities for the return of Albanians seeking asylum.

In the following, every citizen who is wanted by the Spanish police and by those police with the countries that Albania has extradition agreements will be caught ", said Gledis Nano.

"Albania shows its absolute determination not to be a haven for criminals, which is considered by the international community as a clear sign of the effort to advance the EU membership process and strengthen the rule of law.

Montenegro very close to the EU, the secret agreement of Djukanovic is revealed

The fire involved the plots with crops in Berat, the residents were alarmed, it is suspected that...