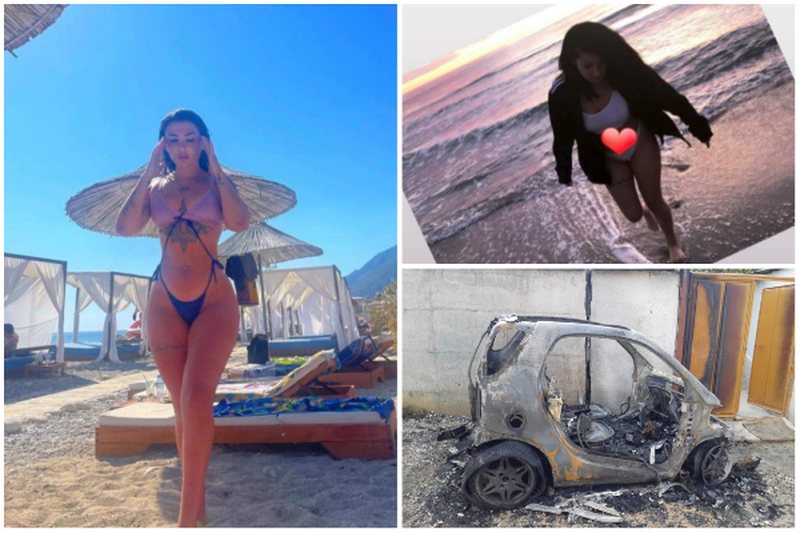 The testimony given to the Bilishti Police of 27-year-old Deizi Arapi, who is also known as the "gangster" of the city, is secured. Last night, her car, which she had parked in front of the apartment where she lives, burned.

Meanwhile, this is the second time that her car has burned down, after the first case in 2018.

But recently she took place in the media after the news that she had been arrested by the police because she had disturbed public peace in the city of Bilishti and had even kicked a police officer.

Panorama learns that in her testimony, given to the police on the morning of September 25, Deizi Arapi has raised the finger of accusation against the deputy of PD, Bledion Nallbati, the former mayor of the city.

She has asked for help from the state for protection.

"I am asking the state for help as it is the second time this has happened to me and it is related to an old conflict. Four years ago, my mother was unfairly fired from her job as a cleaner, and I had a conflict with former mayor Bledion Nallbati.

After the conflict, I burned my first car. I was followed all day yesterday by a person with whom I exchanged words last night. He is an employee of the gas station owned by Bledion Nallbat. A gasoline can from this fuel was found at the scene, just like last time. the police considered the burning of the first car accidental, but the incident is repeating itself. If measures are not taken, it is no wonder that I end up in some channel", she declared to the police.