"The last one to win a title with Feyenoord, Kuyt shows where their hopes are: This is the footballer who can make a difference in the grand final 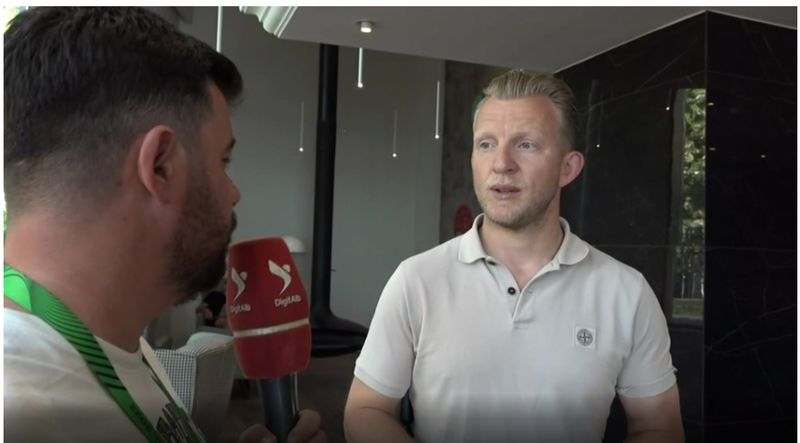 There is no Albanian fan who does not know the former striker Dirk Kuyt, as everyone remembers his experience at Liverpool in the Premier League.

Kuyt also played a period of time with Feyenoord, even the last Eredivision title the Dutch team won when the striker was part of them.

The former Dutch striker is in Albania to closely follow the grand final, while in an interview for Supersport he analyzes the situation of the Dutch team.

Mr. Kuyt, you were part of Feyenoord when you won your last Eredivisie title in 2017, and now you have the chance to win Conference League…

It's a pretty impressive season for Feyenoord. They started with a new coach and I can say that he has done a pretty good job in the championship. No one expected Feyenoord to reach the Conference League final. It is the first time that this European competition is organized and all Rotterdam and the fans are enthusiastic. I'm excited about Feyenoord too. It would be an incredible achievement if they win this trophy. Everyone is proud, but in the end what matters is to win and it will be a tough match, but if Feyenoord wins, it would be great.

It would be a success if he wins the final not only for Feyenoord, but for Dutch football as a whole…

We are aware of Ajax's defeat in the Europa League final against Manchester United in 2017, it was exactly against Mourinho. I think not only Feyenoord did well in Europe this season, but also Ajax, Vitesse and PSV, who won a few games. We are doing a great promotion to the Netherlands in Europe and I hope that more Dutch teams will compete for great things in Europe. It's a pretty interesting match. Two coaches with different philosophies will clash. Roma is a more defensive opponent, while Feyenoord prefers to play attacking football, which we saw in the semifinals against Marseille. Interesting match, so I can not wait.

Who can be the footballer who can punish Roma?

In my opinion, we had some pretty good players in this edition. Cyriel Dessers has scored many goals, but I believe that Luis Sinisterra will make the difference.