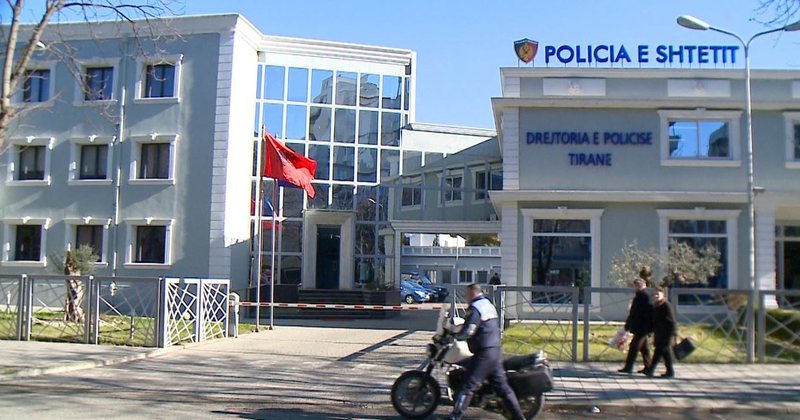 Agim Drishti, the son of the humorist from Shkodra, Ismet Drishti, was arrested in the early hours of this morning.

Agim Drishti, a person with previous police records, was stopped by a patrol of the "Eagle" team in Tirana.

Agim Drishti was detained by the members of the "Eagle" group, who initially wanted to stop him and then control him.

But Agim Drishti, refused to stop and showed strong oppositional actions, punching the employees of the Tirana police, who serve near the "Eagle" team.

Given this situation and the constant disobedience of Agim Drishti, he was forcibly escorted by the police.
This morning, Agim Drishti was informed of his arrest on charges of "Forcibly opposing police officers" and "Striking due to the duty of a police officer".

This is a case repeated by Agim Drishti, which shows violent behavior against law enforcement and citizens. While it is the next criminal case that is registered against him in the prosecution and the court of Tirana.

Some time ago, Ismet Drishti, the father of the arrested Agim Drishti, who was beaten in the Yzberisht area by some young people in the area, became the object of physical violence.

Police notification:  Specialists for the Investigation of Crimes in the Police Commissariat no. 2 made the arrest in flagrante delicto of the citizen AD, 28 years old, after he did not obey the order of the Police employees and during the escort to the Commissariats, he used violence against them.

Arjan Çani shocks with the statement: The media that take bribes are hiding this news

Grida Duma speaks after the meeting with the LDG in Durrës: DP ready for local elections