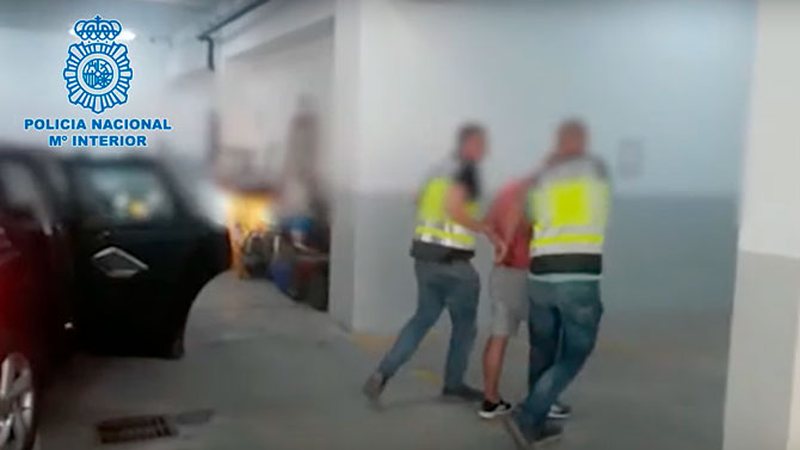 A group of Albanian thieves has been arrested by the Spanish National Police, after robbing luxury villas, among them the house of the famous footballer, Ronaldo.

Already 7 people have been put behind bars, part of a criminal network of Albanian origin, who allegedly had just committed a robbery at Ronaldo's villa in Ibiza, where Marco Verratti was staying, in which they stole luxury watches and jewelry in worth about three million euros. At the time of the arrest of two of the organization's members, the stolen items were found in the cars they were renting. Three robberies were carried out in the province of Malaga and the Balearic island of Ibiza, where evidence was found linking them to 15 other attacks on luxury homes in the provinces of Alicante, Malaga and Murcia.

The investigation began at the end of 2021, when several thefts were discovered inside luxury residential villas on the Costa del Sol, Murcia and Ibiza on New Year's Eve.

The agents' first investigations led them to discover that the criminal network was perfectly organized and structured, with its base in Albania from where they traveled to our country for the time needed to carry out the attacks on selected residences.

At this point in the investigation, the agents were able to determine that the gang chose the homes of big businessmen or famous people to carry out attacks in apartments where they were located in exclusive areas. They were also able to discover that before committing the robberies, they visited the villas to find out the security measures that the houses had, as well as the conditions for entering these buildings. During the robberies, which used to start by lining the surrounding walls of the houses, the Albanian thieves used camouflage elements to hide and sophisticated transmission equipment to communicate between the participants in the criminal actions.

Investigations identified a married couple living in Malaga who had strong ties to members of the criminal organization and who carried out all the logistical tasks needed to carry out the attacks, providing vehicles, money, accommodation and finding the houses to fall into. prey to robberies.

At a certain point in the investigation, agents discovered that the organization's leaders visited the cities of Malaga, Barcelona and Ibiza on the same day, which led them to suspect that another 'hit' could be carried out. After learning on June 28 that members of the criminal network could travel by ferry from the island of Ibiza to the Malaga municipality of Denia, a surveillance device was installed in the port, during which time agents learned that a robbery had just taken place at a luxury villa of a the well-known football player in which they had stolen jewelry and a watch worth about three million euros.

Luxury watch in the airbag compartment

After the arrest of these two members of the criminal network, the agents located the other five members of the organization in the province of Malaga. After they were arrested, two house searches were carried out in the Malaga municipalities of Valle-Niza and Chilches, as well as another in Ibiza, during which effects were seized which allegedly allowed the detainees to be incriminated in 15 other attacks on luxury homes - nine in the province of Malaga, four in the Murcian municipalities and two in the Alicante cities of Pilar de la Horadada and Torremolinos.