"We have some indications", the Prosecution in Kosovo reacts to the terrible attack in Deçan: There is no reason to believe that ... 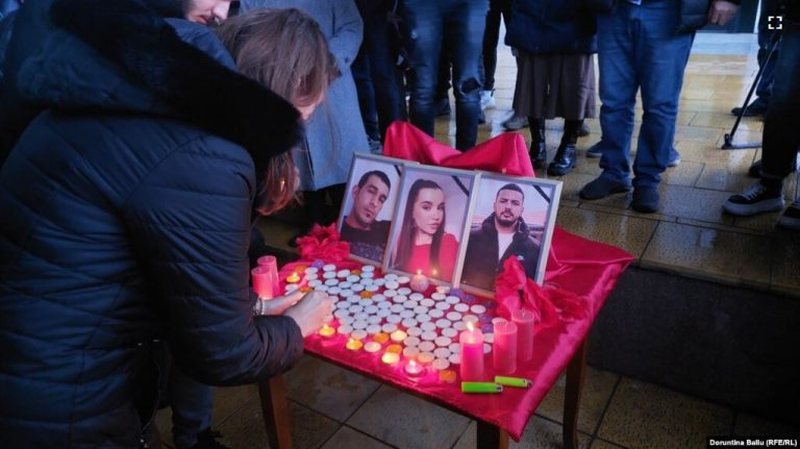 The Department for Serious Crimes in the Basic Prosecution in Peja said that it has provided some information, which could lead to the clarification of the case of the murder of three people in Deçan, but admitted that the investigation "is not easy".

"We have some indications, which we are following and we are moving forward to confirm them. "Some circumstances tell us that we will not have it easy, but I am optimistic that we will do it", said for Radio Free Europe the case prosecutor, Sahide Gashi, but without giving other details.

On the evening of November 26, three people - including two schoolchildren - were killed by gunfire in the direction of a bus near the village of Gllogjan in the municipality of Deçan - about 100 kilometers from Pristina.

The motive for the shooting is not yet clear, but Kosovo Police have said there is no reason to believe the incident was a terrorist act.

One person was injured in the incident, but his health condition is learned to be stable.

"The bullet was removed, he performed the operation, so now, after the operation, it takes some time, but his condition is good," the director of the General Hospital in Peja, Naim Sahiti, told Radio Free Europe.

Prosecutor Gashi said that elite units "are working 24 hours" in search of the suspected attacker.

The President of Kosovo, Vjosa Osmani, and the Prime Minister, Albin Kurti, described the event as "shocking" and called on the law enforcement agencies to find the perpetrators of the crime as soon as possible and bring them to justice.

While visiting the village of Gllogjan, he called on citizens to share with law enforcement any possible information that could lead to the clarification of the case.

The Government of Kosovo, as a reward for information leading to the clarification or discovery of this case, has allocated 20 thousand euros./REL