Involved in a murder in Belgium and several others in Albania, the 35-year-old is arrested in the Netherlands, appeared on the scene after the testimony of Nuredin Duman 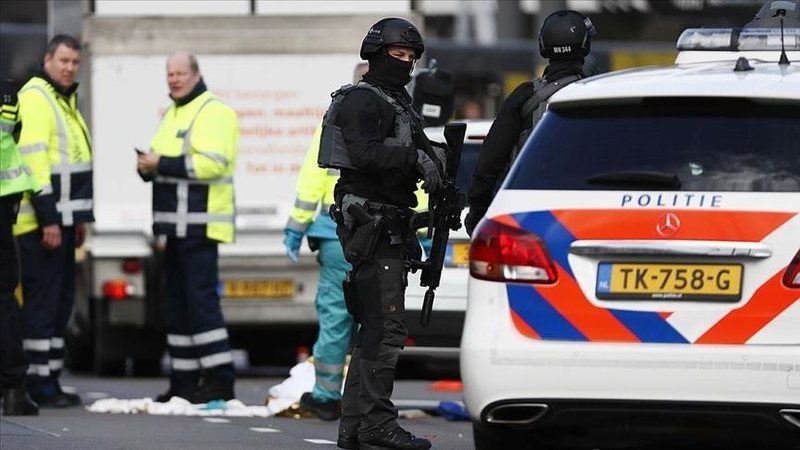 Eljo (Ervis) Bitri, 35 years old from Elbasan, was arrested yesterday by the Dutch police in Leiden after he was wanted for murder for hire. Through a press release, the State Police stated that the citizen in question also used the name Bledar Debrova, while he was caught circulating firearms with silencers. He was wanted internationally as part of the "Golden bullet" operation, since the Special Court of First Instance for Corruption and Organized Crime has assigned him the security measure "Arrest in prison". "Following the investigative work carried out by the investigative structures of the State Police, for the location and capture of persons with high social risk, who are wanted internationally, thanks to the exchange of information in real time, with the Dutch counterparts, within of operation "Leiden", was caught by the Dutch Police citizen: Eljo (Ervis) Bitri alias Bledar Debrova, 35 years old, born and resident in Elbasan, declared internationally wanted, within the "Golden bullet" operation. This citizen was caught in Leiden, the Netherlands, walking around with a pistol with a silencer and another ID. After the verification actions through Interpol Tirana and Interpol The Hague, Holland, after the comparison of fingerprints, his provisional arrest was made, with the aim of extradition", the announcement states.

The police then announced that he was also wanted for murder in Belgium. "Also, the citizen Eljo (Ervis) Bitri alias Bledar Debrova, 35 years old, was also declared an international wanted by Belgium, after the Court of First Instance in Brussels, Belgium, on 31.05.2022, issued an arrest warrant against this citizen for committing the criminal offense "Premeditated murder", provided by the Criminal Code of Belgium (maximum sentence life imprisonment). The State Police is determined to cooperate closely with partners, in order to capture persons with high social risk and to fight organized crime. The State Police thanks the Dutch counterparts for the excellent cooperation and the exchange of information in real time, for the capture of internationally wanted persons", the police announced.

This is how Bitri's name appeared on the scene

His name appeared in the "Golden Bullet" file by the repentant justices Nuredin Dumani and Henrik Hoxhaj. The latter revealed details of the murder of Dorjan Shkoza and Anxhelo Avdia. At stake for the murder of Dorjan Shkoza were 70,000 euros, while he himself would receive 35,000. According to Henrik Hoxhajt, he would commit the murder for a few lek as it was a matter of personal matters. In addition to Henrik Hoxhaj, Nuredin Dumani had also agreed with Eljon Bitri from Elbasan, the brother of Lulzim Bitri who was killed some time ago in Elbasan, to carry out the "work". Eljo was driving the car with which the murder was committed.

The event that shocked the country/ Today took his life, but once the brothers were part of the Albanian folk scene (PHOTO)