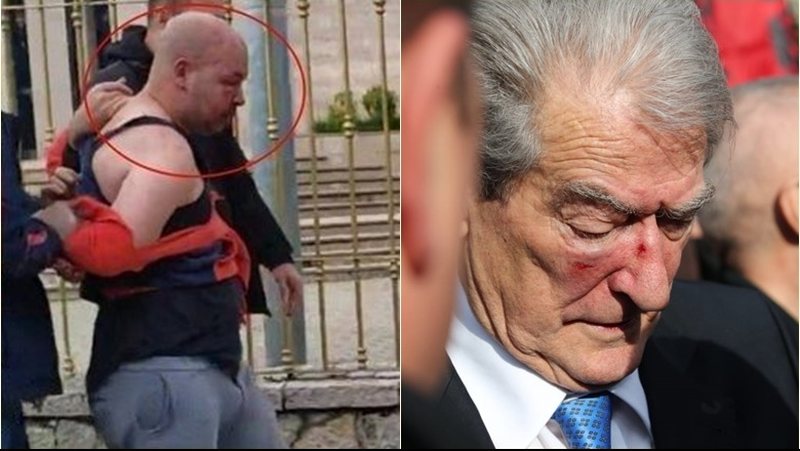 This Friday at 12:00, the first court session will take place for Gert Shehu, the person who hit the head of the Democratic Party, Sali Berisha. Prosecutor Dritan Nushi is expected to ask for the security measure "prison arrest" for the young man. While the decision is expected to be taken by judge Besnik Hoxha.

Journalist Eni Ferhati reports that Gert Shehu will be present at today's session. Before the investigators, the 31-year-old gave contradictory evidence, where, among other things, he stated that he hit Berisha because he had a personal grudge against him.

At no time has he shown any signs of remorse for the action he committed. It is not known whether the prosecutor will also have administered the results of the drug test for the young man.

Therefore, a psychological assessment has also been requested for him, as he is suspected of suffering from mental health problems.