"You are rested in the country if ...! Skuth. He always gives me the chat ”/ The well-known journalist makes the rare story, tells the quarrel of Azem Hajdari with a former persecutor: He wanted to arrest him, here is how we worked 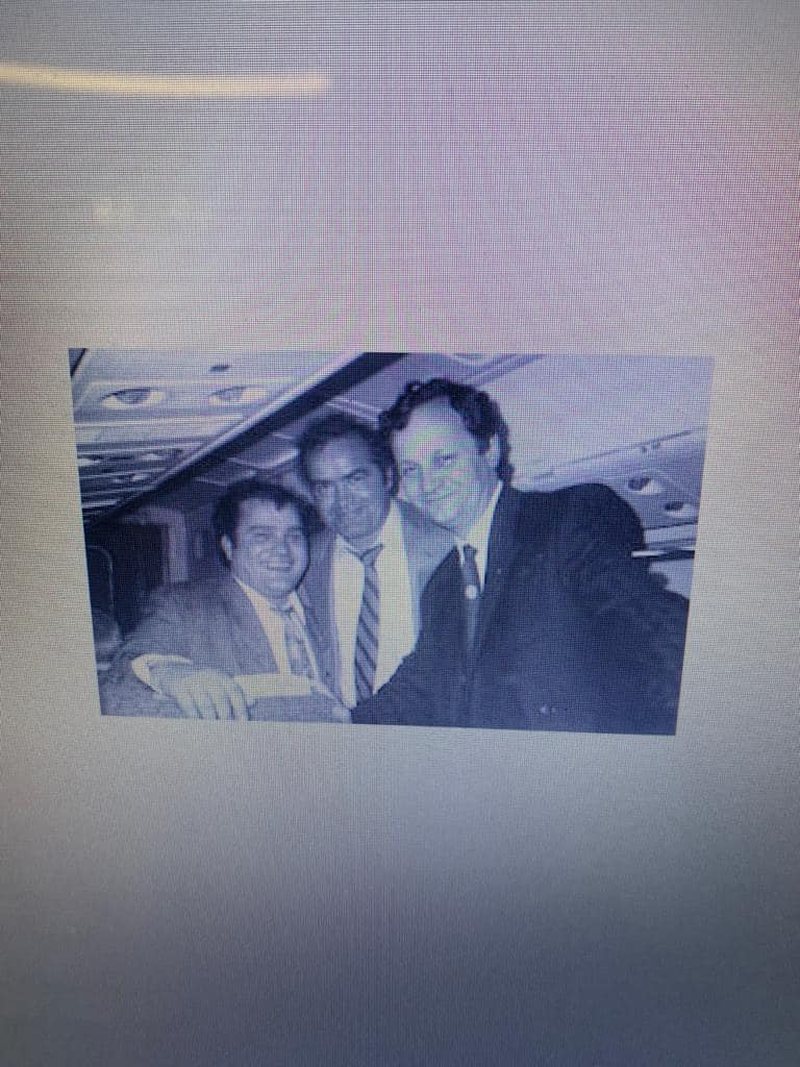 Well-known journalist Mitro Çela has narrated an episode that took place in 1992 with Azem Hajdari. Cela tells how a drunken policeman cut Hajdari's path while they were returning from a trip to Greece. He further adds that he rescued the policeman from Azem's order to arrest him.

-Laugh… TOMORROW WILL BE WORSE.-

All three in Greece. Azemi was the head of the delegation and the driver. He claimed he drove the car better than Philip.

In Athens we were given maximum honors, we slept in a five-corner hotel (Hilton), we visited two or three buzuks, we were received by Foreign Minister Samaraj.

On the way back, after crossing Ioannina we stayed in Kakavija. After glancing at the customs building, Philip said:

- We Azem, we are leaders. Look at the Flag! Torn. Piece by piece. The wind does not move it either. Shame on our democratic government! In Enver's time, the flag waved proudly ?!

The blessed Azem angers us! He was cut for national issues! He attacks the chief of police, the director of customs, whoever came in front of him ...

-If the flag is not exchanged for 14 hours, you are all rested in the country ...

After this revolutionary act, we took the road to Gjirokastra. At that time, the Greek had not yet made the highway. The road was narrow. The holes did not allow asphalt to be seen.

While walking, a car appeared in front. At the wheel a boy 12-13 years old. A mustachioed policeman was standing next to him.

Azemi tried to overtake him. The boy did the tricks.

And to whom: the hero of democracy! Finally, when Azem's anger had reached its zenith, thanks to Philip all the good advice, we overtook the car.

We stayed. The policeman and the driver's son got out of the car. The policeman had become a cart. In that time the quality of the drink was more to blame than the doses that the drinkers drank.

- Twice guilty, - shouted Azemi. - You drank on duty. Have you left the wheel to a child ?!

"I apologize, Minister," said the policeman.

- I am not a minister. Jam Azem Hajdari! You did not make a mistake. Faj. Serious guilt. Whoever commits a crime is punished.

"Like that," said the policeman. But with what punishment?

- The handcuffs are few! Filip: put handcuffs on this masquerade who militates in the ranks of our democratic police ?!

"No problem," said the policeman, taking his breath away. - I came from prison! I was convicted of politics ...

Saying these words, he crossed his arms and directed them to Philip.

- Azem! I no longer have handcuffs. I "spent" what I had on the road. Let's forgive the moor!

- Skuth! Always give me ten conversations, - said Azemi who had already taken the place of anger with laughter and tears ...

"I had just gotten out of prison and I needed ..." / Once close friends, today they want to "eat each other's heads", as the Dumani-Çela clash started that raised the police to their feet

From Talo Çela, Ervis Martinaj to ... / Nuredin Dumani cut the ticket for the big heads, the full file of the Court for the most serious criminal events is published