"You only need the dead"/ The former prime minister of Kosovo does not hold back, attacks Albin Kurti: He wants to overturn history! How can you not mention Thaci and Krasniqi in Albania? 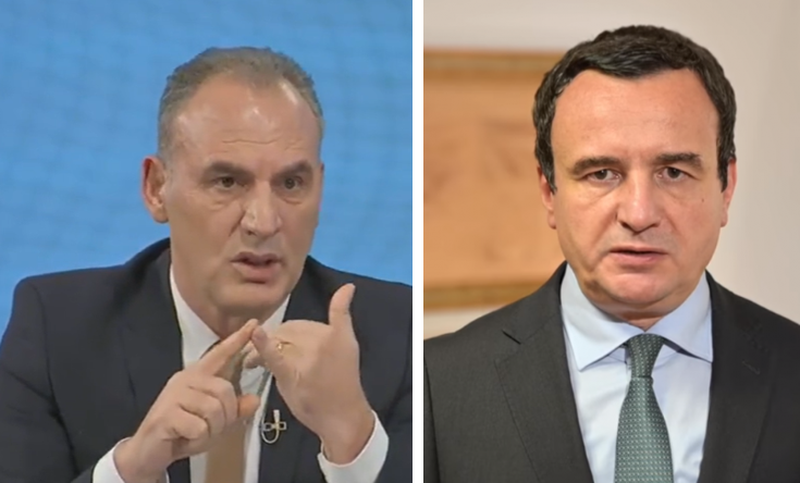 Former Deputy Prime Minister Fatmir Limaj has severely criticized the Prime Minister of Kosovo, Albin Kurti, regarding the speech he gave in the Parliament of Albania.

He said that the prime minister of Kosovo does not mention Hashim Thaçi, who proclaimed the independence of Kosovo, or Jakup Krasniqi, who was also the first spokesman for the freedom of Kosovo.

In an interview with harsh tones, Limaj said Kurtin is trying to overturn the history of Kosovo by not mentioning the leaders of the KLA who gave freedom to the country.

Among other things, he also mentioned Edi Rama's speech in the Assembly, saying "thank goodness Mr. Rama is here and he mentions Hashim Thaçi".

"Since when did you not talk to me about Jakup Krasniqi in the Parliament of Albania?" The spokesman of the KLA, the voice of Kosovo's freedom. Don't talk to me about the president who read the declaration of independence. Even if he is convincing me that he is honoring Ismail Qemali. That is, you only need the dead. You only honor the dead who do not hinder you. Hypocrisy! Shame on the Albanian state, on the nation, on anyone who cares. It's called your Prime Minister, Speaker of the Assembly, President, MPs. Since when do you have no morals, they said: The President of the Republic of Kosovo, Hashim Thaçi, who is in The Hague, has declared the independence of Kosovo. The Voice of Freedom of Kosovo, Jakup Krasniqi, the first spokesman for the freedom of Kosovo. Don't mention them to me, don't bother me. They now talk to me about patriotism, they talk to me about Isamil Qemali and Isa Boletini. Isa Bulletins of Ismail Qemalat are there,

Here, Mr. Rama, you shoot him in the voice for mentioning Hashim that you connect personal affairs. Thank you for being Mr. Rama and mentioning it. Sir, have the prime minister and president of your country mentioned it? Have our deputies mentioned it? After that, as the opposition MPs, I did not have the prime minister in that session. What had I done? I lost my chance with that prime minister who did not mention the history of Kosovo, the freedom of Kosovo, and our Ismail Qemalet. I had nothing in that session. He wants to overturn the history of this country. Whether you liked it or not, we have done everything that has been done for 20 years. We have built this country" said Limaj, among other things.