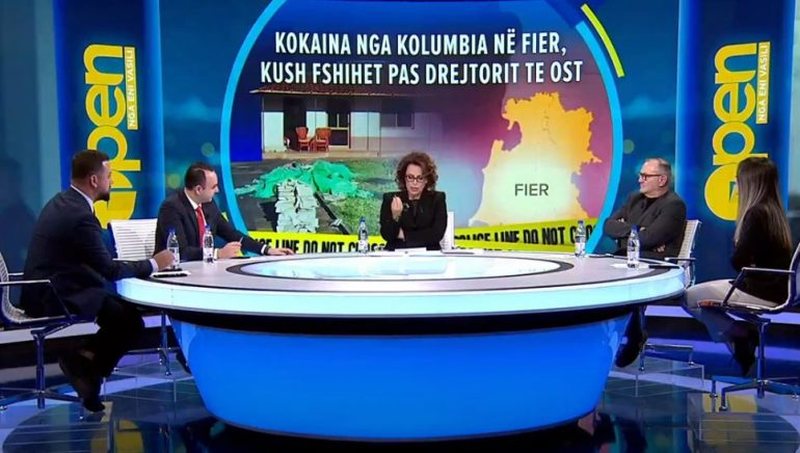 The show "Open" is discussing the operation that concluded with the seizure of drugs in Frakull of Fier.

Journalist Jul Kasapi has stated that those who have been arrested are only workers.

Journalist Glidona Daci has stated that even the leaders of the group may not be in Albania.

Daci: Nikolin Gjolena is the builder, financier and the person who paid for the drugs to come to Albania. This is the head. But this does not exempt Cervanaku from responsibility. The plan to bring the drugs was made in May when Cervanaku was registered as a legal entity. It is suspected that other people from the world of crime are hiding behind them. Groups have their territories and influences, and you can't set up a lab on Frakull unless it's controlled by a group.

Kasapi: Traffic leaders have not been caught. The police have two groups in Fier that are documented, but sometimes due to lack of evidence..

Gjolena is a financier but not the head of the group.
People who are disabled are workers. Heads are never caught in Albania

Daci: Either they are not in Albania, they are abroad.

Kasapi: There was also good news today. For those who are not in Albania, Europol for the first time has a liaison officer. 47 people have been arrested, four of them in Dubai, and this shows that Dubai's immunity has fallen, referred the heads of criminal groups. They can no longer live so quietly.