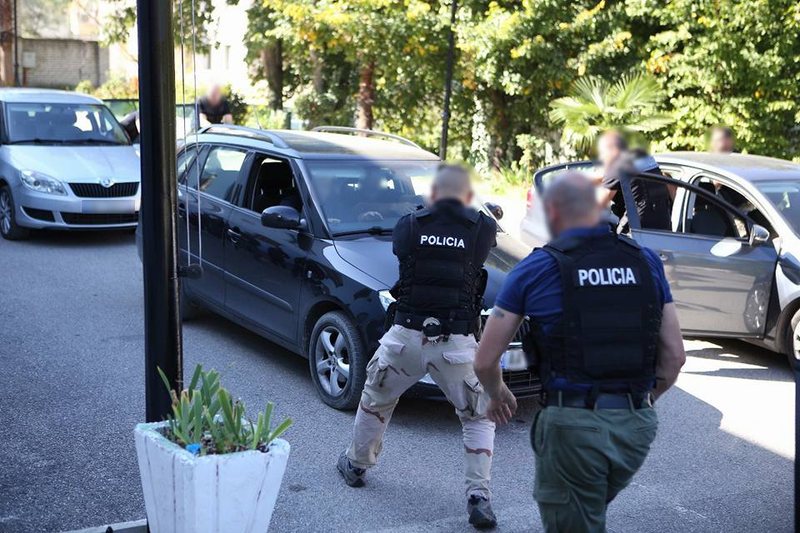 The police in Gjirokastër have handcuffed a 38-year-old man after threatening a police officer while the latter was on duty. During the arrest, a cold weapon (knife) was also found on the aggressor.

He threatened the Police officer because of his duty, and during the physical check a cutting tool (knife) was found on him, the 38-year-old was arrested in the act.

The specialists of the Section for the Investigation of Crimes at the Gjirokastër Police Station arrested the citizen IO, 38 years old, a resident of Gjirokastër, in the act.

This citizen on 15.08.2022, in the village of Derviçan, Gjirokastër, threatened the Police officer, citizen HH, because of his duty, after the Police officer, in the implementation of his functional duties, referred the materials to the Prosecutor's Office in charge of the brother of 38- year old, who was previously caught by the Police services with a small amount of cannabis narcotic.

The Police Services, during the physical control of the citizen IO, found and seized as material evidence, a cutting tool (knife).

The materials were passed to the Prosecutor's Office at the Court of First Instance of Gjirokastër, for the criminal offenses "Intimidation due to duty" and "Unauthorized production, possession, purchase or sale of cold weapons".