Chaos on the Kosovo-Serbia border, comes the strong reaction of the EU diplomat: Reduce tensions immediately 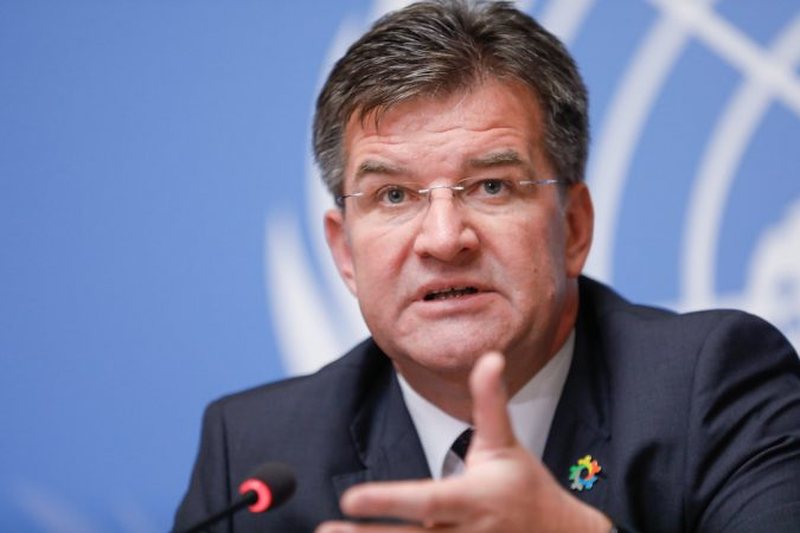 The European Union Special Representative for the Kosovo-Serbia Dialogue, Miroslav Lajcak, reacted to the current situation in Jarinje.

He expressed concern about the situation in the north of Kosovo, where Serb citizens have blocked the road with cars and trucks, creating a problem.

Lajcak emphasizes that the tension should be reduced and a peaceful atmosphere should be restored and freedom of movement should be allowed.
He stresses that the EU is ready to sit down and talk to resolve the issue and normalize the situation.

"I informed the EU countries on the situation in northern Kosovo. I'm worried and call for an immediate escalation. It is important to reduce tensions, restore a peaceful atmosphere and allow freedom of movement. "We are ready to facilitate talks on all open issues in dialogue," Lajcak said.

For two days now, Serbian citizens have been blocking the roads leading to the border crossings in Brnjak and Jarinje, after the Kosovo government gave an order only for the circulation of "RKS" license plates.

This has led to disagreement among Serb citizens who have chosen to block roads leading to the Kosovo-Serbia border.