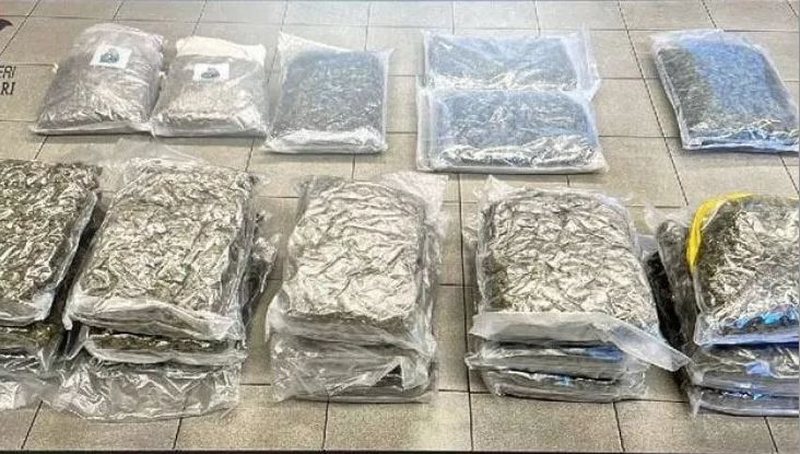 The Italian media revealed new details from the seizure of about 1 ton of marijuana. According to "La Repubblica", the narcotic substance coming from Albania would serve to supply the night life in the Puglia area.

The investigations of the Guardia di Financa are focused on the connections between Albanian and Italian crime. During the police action, five people were arrested, where three Albanians were caught loading drugs, while two Ukrainians were on board the boat that was caught on the shores of Lece.

According to what emerged in this first phase of the investigation, the possibility that the seized drug was used to supply the Apulian squares, especially for the night life in the tourist resorts, is not excluded. Investigations will continue thanks to the phones found in the boat.

According to the Italian media, the three skiffs that were driven by Arbër Saraseli, Saverjo Imeraj and Qemal Pekmezi from Vlonia were all the time under surveillance from the air via helicopter, as two of them were caught at sea at the time of the exchange, while the third skiff was found in the port of Triport.