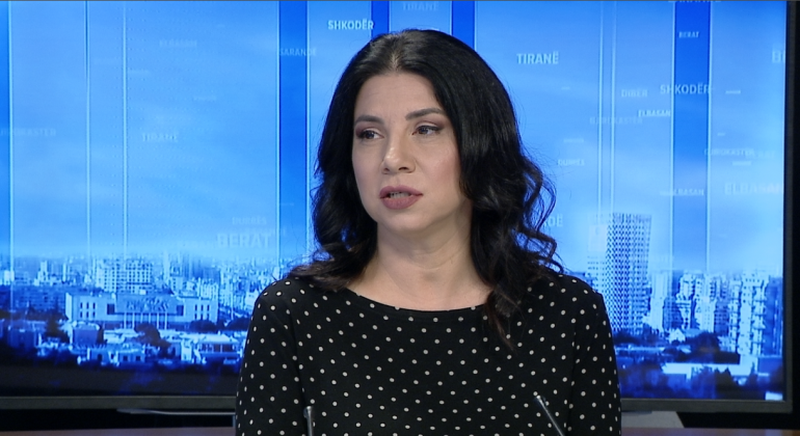 Journalist Rudina Xhunga is of the opinion that the new government that comes after the April 25 elections is decided by the gray part of the electorate. Invited to the column 'Opinion', Xhunga also commented on yesterday's agreement between PD and LSI and the statements of President Ilir Meta yesterday on the show 'Frontline'.

According to Junga, if there is talk of a president over the parties, Meta should not make statements that "he will resign if Rama wins."

"It was a long conference of Prime Minister Edi Rama. Mr. Meta has just returned the answer. This work will be until dinner. Such was Rama's conference with jokes about the president. Now it is up to the president not to try the people of March 2, who stood up to support him. The story of the jokes will continue. Mr. Rama used a stream of jokes when talking about justice reform and Meta. This 'war' will end on April 25. It is a 'war' of jokes and it stays there. It improves our mood and improves the news, it stays there. I do not know what role the president has in Albania. If it 's over the parties, it' s not. He is one of the parties. He said; "I will leave on April 26 if Rama wins." A president does not have to say and do this. In a long time they have been facing or together. These are words. We have learned that politics in Albania has many words. I wish that on April 25, as many people as possible go to the polls and that there are as few gray electorate as possible. Rama mocked yesterday and today said a phrase of the type; Monica chains for Luli. You do not have to be against the deal, but analysts say it is a deal with no legal value. What will happen after April 25 is unknown. There is uncertainty. The gray part is so large that it can determine the vote and the government in Albania. So all this happens. They convince their electorate with this agreement. Strategies can be done from breakfast to dinner, but you have to sign at the end. They have decided it themselves, it is an established relationship between the parties. All programs have in common. Rama is also using language in this campaign and he has no problem with that. Meanwhile, Meta's language has been hardened. So is Kryemadhi today. What I want to pay attention to is the gray part. They should refer to this part. "They should not be indifferent, as it is decided to continue with Rama for the third term or Basha to come to power," the journalist affirmed.

Referring to the vaccination, Junga said that no propaganda is being done on this issue.

"That vaccines are real is not propaganda. It does not worry me whether Rama is waiting for them at the door of the plane, but it worries me whether or not all Albanians will come on time or will be vaccinated. "The only thing that can calm the situation is the opening of tourism in the summer," she said.

Manastirliu gives the important announcement, shows who are the people who will receive the following anti-Covid vaccine in Albania: Started today!

Injured the two police officers, the name of the suspected AUTHOR is revealed (Details of how the quarrel started)