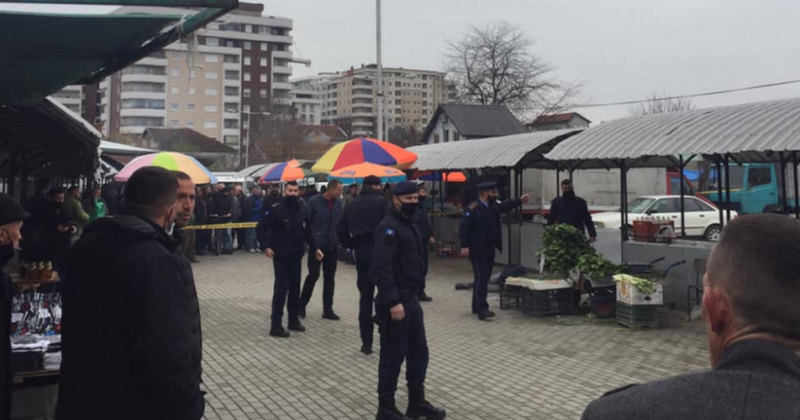 One person was killed and two others were wounded by gunfire today at around 11:27 in the Green Market, Mitrovica. The news was confirmed to the media in Kosovo by the spokesman of the Police for the Mitrovica region, Avni Zahiti.

At around 11:27, the police in Mitrovica was notified of a case in the Green Market in Mitrovica where a firearm was used. Police authorities responded immediately to the case and went to the scene.

Police have realized that a Kosovar male person shot at three people, who are injured. They were sent for medical treatment to the Regional Hospital in Mitrovica.

The suspect is also injured. "He was arrested by the police authorities and was sent for medical treatment", said Zahiti. He confirmed that one of the injured had died.