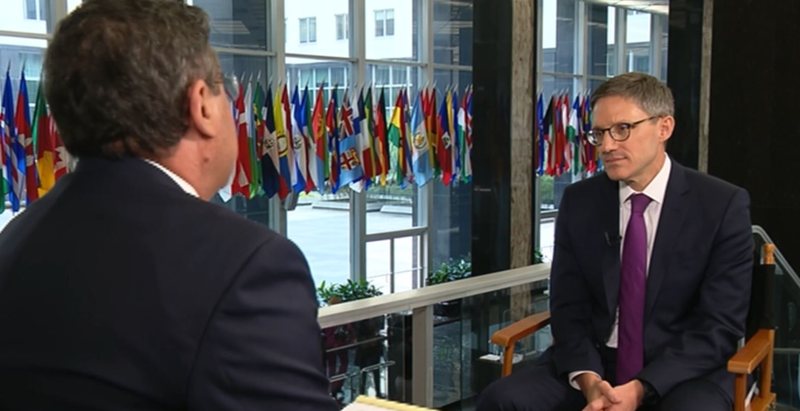 The adviser of the US Department of State, Derek Chollet, told the Voice of America that the elections for the municipal government in the north of Kosovo inhabited by a majority of Serbs should be postponed and that he will discuss this issue with the leaders of Kosovo during his visit to Pristina. next week.

In the interview with the head of the Albanian service of the Voice of America, Arben Xixho, which you can watch in full on Friday on the Ditari show, Mr. Chollet said that the United States thinks that "it is not the right time for elections, given the sensitivity of moment and we have seen violence in the last 24 hours. It is a tense time and we want to make sure that there are conditions to hold free and fair elections. Kosovo is a multi-ethnic democracy, like the United States. We are proud of the work the United States has done to build democracy in Kosovo and we want to work to support and preserve it. We therefore think that these elections should be postponed until the time is right and when they can be held without inciting more instability and violence."

Mr. Chollet said ongoing talks are taking place with leaders in Pristina and US Ambassador Jeff Hovenier is very involved.

"I will be there next week and this will be among the main topics in the talks with the president and the prime minister as we wait to work on a common way forward," said Mr Chollet.

The elections in the north of Kosovo, which were announced after the departure of Serbs from the country's institutions amid disagreements about the use of car license plates, have been called into question after the incidents of the last few days in the north. The main political entity of the Kosovo Serbs, Lista Serbe, will boycott them. The authorities said that they will make a decision about them after the assessments of the security bodies in Kosovo. /VOA