The public commissioner accepts the request of the IOM, it is revealed what has been decided for the prosecutor Lindita Ziguri 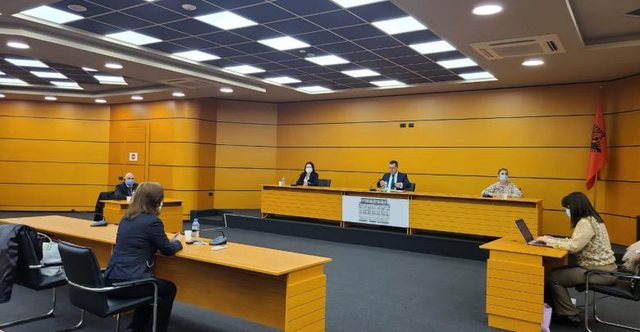 The Public Commissioner has accepted the request of the International Monitoring Organization for the appeal of the decision for the confirmation in office of the Prosecutor Lindita Ziguri.

The Public Commissioner, within the legal deadline, filed an appeal with the Special Appellate Panel, at the Constitutional Court, against decision no. 332, dated 12.1.2021, of the Independent Qualification Commission, for the subject of re-evaluation, Mrs. Lindita Male (Ziguri), with a prosecutorial function of the Prosecution at the Court of First Instance, Tirana.

The Public Commissioner, based on his constitutional and legal competence, in the evaluation of the recommendation of the International Monitoring Operation (IOM) ascertains that, from the review of the decision no. 332, dated 12.1.2021, of the Independent Qualification Commission and its accompanying acts, such legal and factual circumstances appear, which make the decision in its entirety vulnerable.

The Public Commissioner requests that the reasons for the appeal be considered by the Special Appellate Panel and, after the Panel has conducted a full investigation and evaluation of the results of the administrative investigation for the subject of the re-evaluation, to decide, alternatively, leaving in force the decision no. 332, dated 12.1.2021, of the Independent Qualification Commission or its amendment.

Based on point 1, article 16, of the regulation of the Institution of Public Commissioners, the complaint together with the recommendation of the IOM have been published on the official website of this institution.

Public Commissioners represent the public interest during the process of transitional re-evaluation of judges and prosecutors in the Republic of Albania.

The execution of the well-known businessman who shocked Vlora yesterday, Dritan Zagani casts serious doubts on his police friend who was in the car: Surely he was ...

The weather is making a sudden turn, here is what meteorologists predict for Wednesday

Killed with a firearm by his friend, Albanian VIPs shocked by the murder of Mehmet Qema, react sadly

The mother abandoned them and married another man, the 20-year-old recounts the unexpected flow that her life took at the most delicate moment: I have only one dream!

6 miners injured in the chrome mine in Martanesh, the Director of Bulqiza Hospital gives details about their health condition

The 3 blocked miners are taken out of the Martanesh mine, the Police gives details, shows the cause of the serious event

The machine for the production of Bitcoin cryptocurrencies was also discovered in the bar where the murder took place. The former anti-smuggling chief issues the alarm and shows how they enter Albania: This is screaming! Dirty shopping makes them enter…

Citizens in panic, a strange phenomenon occurs in the city of Korça (VIDEO)