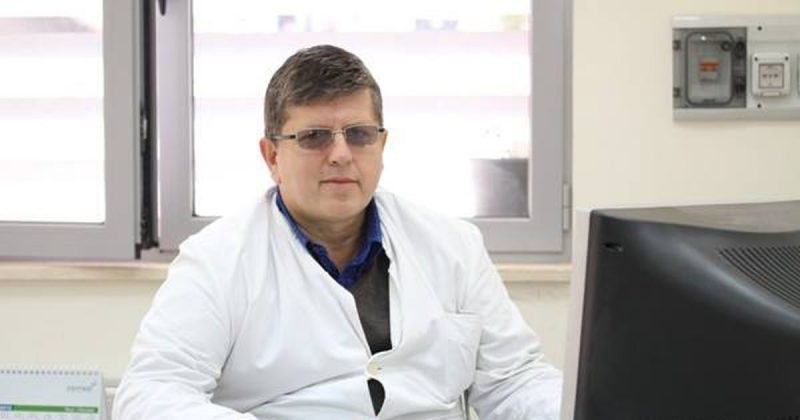 Well-known doctor Petrit Vargu was fired for several months. Through a post on the social network, Vargu has given the good news that he will soon be back in office. According to the doctor, the final decision of the Court of Appeals was given.

The doctor writes that the directorate of QSUT will compensate him financially, while he does not hide his pride for the victory in the fight against justice, but he does not spare the accusations for the government either.

That I will soon return to my job, to the place where I studied and worked (QSUT).

The Court of Appeals gave the final decision of my return to work and the directorate of QSUT will compensate me financially.

It is good for renaissance managers to pay this money out of their own pocket.

The Albanian state should not be harmed for the simple reason that random reborns are placed in leading positions.

The case of my dismissal, I wish it did not happen to anyone who has decided to live in his country.

One thing is clear, they have neither the shame nor the courage to correct themselves.

Proud of the deep victory, I embrace all lovers….

The two schools "Vaçe Zela" and "Kristo Frashëri" are inaugurated, Veliaj gives the good news: This year will go down in the history of Tirana, we open 10 schools in one school season

The student was shot in the head, the journalist reveals details about the event: He was prepared! It was not intended to scare him, but ...

Cardiovascular problems, popular doctor Ylli Merja reveals the 'recipe': How can we prevent and cure them through these medicinal herbs

OSHEE announces: Tomorrow there will be no electricity in some areas of Tirana

History repeats itself, the girl from Fushë Kruja was raped for 6 hours by two people: The police told me that I have mental problems and ...

The first day of school / Veliaj congratulatory letter to the students of Tirana: You are our fellow travelers, we see you as allies

The Ambassador of Indonesia presents his Letters of Credence to President Meta. It clarifies what was discussed

SCANDAL / The terrible story of the 17-year-old raped by 7 people is repeated! The news reveals shocking details: I was abducted again, I was threatened ...

He demanded money in exchange for legalizations, SPAK 'sinks' the former head of the Berat Cadastre, here are how many years in prison he asked for

She was elected deputy in the land of Berlin, reacts for the first time the Albanian Aferdita Suka

The girl died in the hospital of Vlora after the operation, the mother of the 23-year-old makes the shocking story about their life and reveals the last conversation on the phone with her daughter: She took me crying and ...

Singer Sophie Ellis-Bextor has confessed one of the darkest moments of her lif...