"Organized crime and illegal traffic", the director of the State Police clarified the meeting with the OSCE ambassador 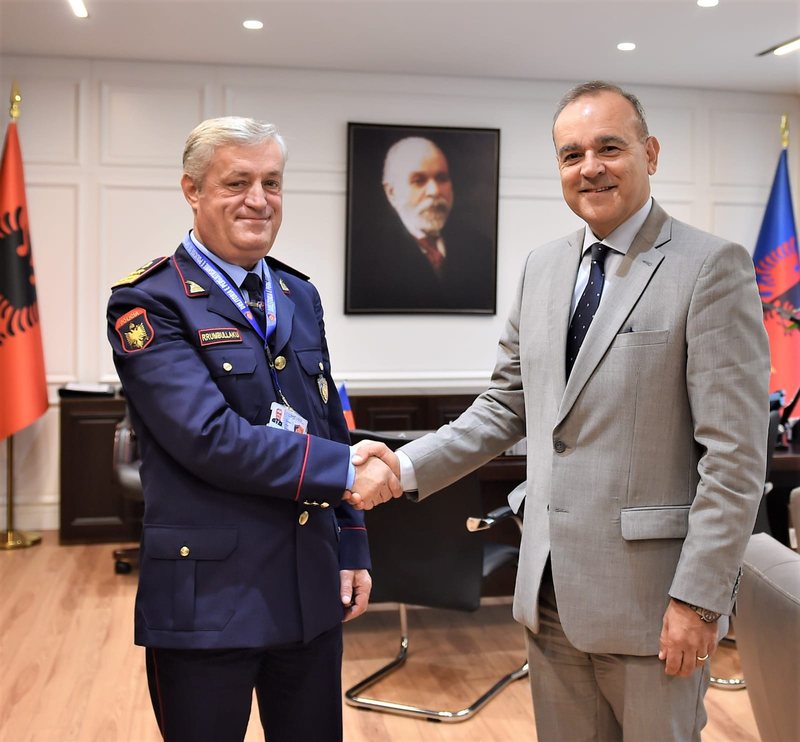 The General Director of the State Police, Muhamet Rrumbullaku, received Ambassador Vincenzo Del Monaco, Chairman of the OSCE Presence in Albania, in a courtesy meeting. The General Director of Police thanked the ambassador for the visit and introduced him to the priorities he has for the creation of new standards in the State Police, based on three main pillars, legal, educational and structural reforms.

The director assured the ambassador that the fight against cross-border crimes, organized crime, migration and illegal traffic are priorities of the State Police, which can be best fulfilled when the State Police enjoys the support and trust of partners and law enforcement agencies within and abroad.

Rrumbullaku emphasized that the State Police is determined to cooperate on the basis of trust and professionalism, with all partners and law enforcement organizations inside and outside the country, as well as with those working to increase security in the region, Europe and beyond.

Ambassador Del Monaco wished the Director General success in his important task and praised as excellent the cooperation so far with the State Police in all areas, both for the Border and Migration Department, the Criminal Police Department, and for the war structures. against cybercrime and illegal traffic.