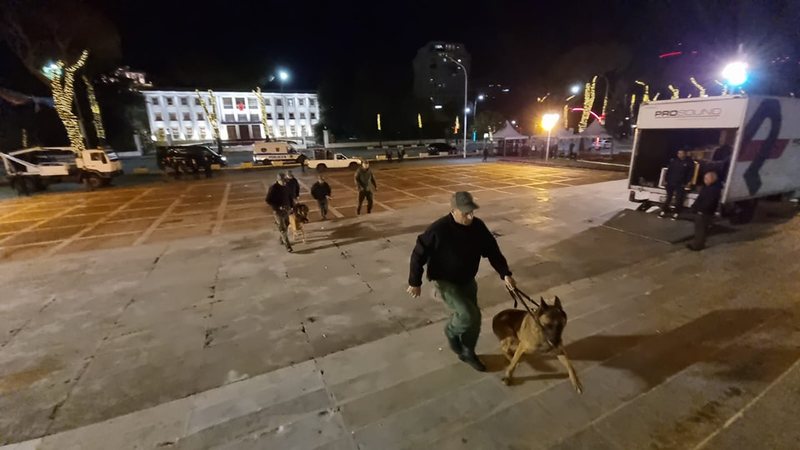 Some of the capital's main roads are blocked this Tuesday, as the summit of the European Union with the Western Balkans will soon take place in Tirana.

The "red line" starts from Rinas, in Kashar, where the entire road from Kashar to the "Eagle" roundabout in the direction of Astir will be blocked, while the perimeter will continue with the area of ??the Zoo, the New Ring, up to Sauk and then Rruga e Elbasani to the "Air Albania" stadium area.

"Ismail Qemali" street, from the Liceu intersection to "Elbasan" street.

There will also be a ban on the traffic of vehicles on the road axis;

"Rinas - Overpass of Kashari - Highway "Durrës - Tirana" - Former square "Shqiponja" - Ring of Tirana - Roundabout of Sauk - Roundabout near the Police Academy - Palace of Brigades - Roundabout of the city "Studenti", until the intersection with "Bajram Curri" boulevard.

The police will surround the Air Albania stadium and the hotel where the leaders from 44 countries will gather for this summit.

The director general of the state police, Muhamet Rrumbullaku, publicly said "No" to the opposition's insistence to protest on the Martyrs of the Nation Boulevard, however, the opposition seems not to have given up.