"When I come home from work I find a great tragedy" / Her husband dies suddenly at home, 5-year-old boy stayed a few hours with the corpse, the sad story of the 39-year-old who made everyone cry: The child told me terrible things 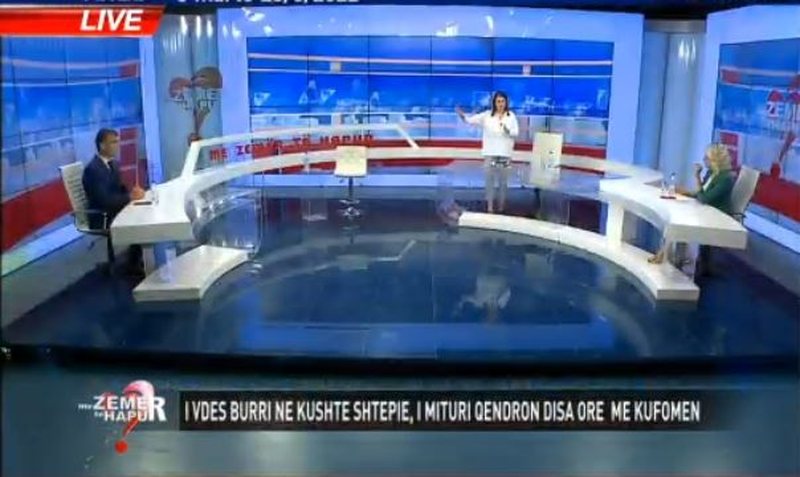 In the studio of the show "With an Open Name" by journalist Evis Ahmeti, the tragic event of the 39-year-old was treated, who confessed that her 5-year-old son stayed for hours with the body of his father, who died suddenly at home.

39 year old: It was a normal day I worked in a tailor shop and as usual I come home, even there I find a great tragedy. The husband had died and the 5-year-old boy had stayed for hours until he fell asleep in the other room. I do not know what to say about what happened to me, the boy told me terrible things, he stayed 5 hours with him and saw his father's efforts to escape. The boy needs urgent psychological help, he stays up all night having nightmares. I went to the municipality for psychological help, but nothing. We had 8 years of marriage, he had 5 years suffering from thrombosis, I did not think he would die. He did not win the camp and he was very upset, because when we did not go to take him to the camp, the commission one of the ladies of the commission cut the camp because he said that you paid money to get the diagnosis. He was very upset about this accusation and my husband passed away, I called him after his death and she told me to come closer, I want to denounce him. He suffered this part that I worked and he sick at home, suffered terribly. I live in the apartment of the husband's family with the children in difficult conditions, she has no communication with her husband, we have a room and a kitchen. This apartment belongs to all children, it is not shared, it is not privatized.