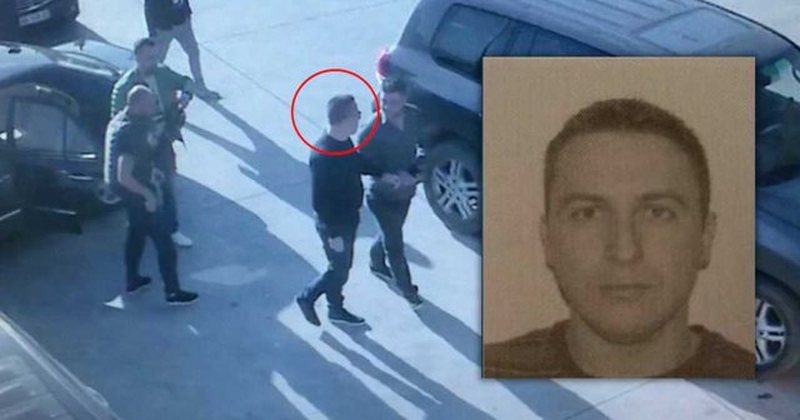 The issue of the disappearance of Ervis Martinaj continues to remain hot and accompanied by great shadows of mystery since August 9.

Recently, the journalist of the black chronicle Klodiana Lala, who also published the last images of Martinaj in the company of a model and FAST agent, already arrested Jeton Lami, in her show "Në Shënjestër", has shown new details about the investigative file.

According to Lala, the investigative group has been looking for data in Italy and North Macedonia to find clues that could lead to the discovery of the fate of the much sought after justice.

"It has to do with some new information. Authorities have sought clues through fingerprints in Rome and North Macedonia. It is not known why they were directed to these countries, but there are new data regarding this issue. But it will require a long attention to clarify this event. The most interesting detail in that story involved a video before he was declared missing. I have published that video to show how a character of the underworld openly challenged the state in a Durrës overflowing with tourists and a character of the underworld had recruited a police officer", declared Klodiana Lala in Euronews.

But Lala went further by revealing that a much-wanted person who has been involved in a number of serious criminal events is being screened by the Albanian authorities, as there are suspicions that he is related to Martinaj's disappearance.

"The file has endless history. A vehicle suspected to be used by Ervis Martinaj was found. It is a track that leads the investigators to Kosovo. A much-wanted person, rumored for various criminal events, who is suspected of being involved in this situation, is also being screened.

This is a non-event. There is no place for kidnapping and no place that makes you suspect that we are dealing with staging. But from the last cameras where he was seen, the police investigation can start. There is an interesting detail in the file that says that the data before the uncle reported the loss of contacts was obtained from a confidential source. There is another detail in the file that Ervis Martinaj may have been ambushed by a woman who is in the process of verification. Who is she?", the journalist confessed.

The decision is made! The board changes fuel prices, this is how much diesel, gasoline and gas are already sold

The DOCUMENT is published/ The serious details about the person who punched Berisha are revealed. Here is what the medical certificate states

Appears with songs of mourning and lamentation at the opposition protest, who is the well-known candidate of the primaries who appears with a black veil: The procession of pain...

Is a scary scenario being planned at today's protest? It is unusual what the protesters found with them, there are arrestees