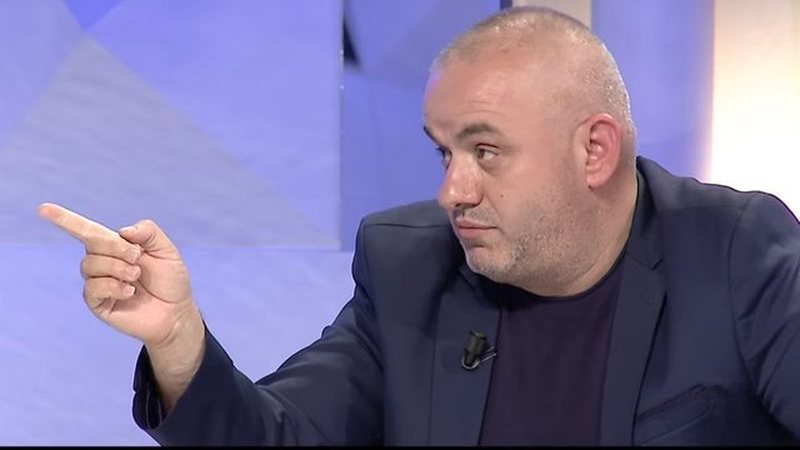 Journalist Artan Hoxha reacted to the violent robbery yesterday under the threat of weapons from the businessman from Fushë-Kruja, Nazmi Çangu.

Hoxha, invited to "ABC LIVE", said that if this event is not clarified by the police, it will lead to casualties. Hoxha further said that the perpetrators had information that the businessman had a large amount of money at home and the moment was not chosen at random.

"The event is very serious. Moreover in the family of a businessman. I can not say how many people they were, the role they had. These events are done with 4-5 people, enough to be tried and motivated to do it. In this case, they knew who they were dealing with and it is not easy to commit crimes in Nickel.

In addition to area residents. It's hard, you have to ask someone. Especially with the person in question, he was a police officer. The image was covered with security cameras, this was well known to the authors. They acted wearing police uniforms, there are many events since Enver Stafuka, who kidnapped him. Changu said that if the state does not solve it, I will solve it, "I do not forgive the blood". He gives an alibi and connects the part of the finger with the fact that he could not find the key to the safe. Their data match.

Family members give the same evidence. Their primary objective has been to get the money, how did they know he was carrying lots and lots of safes? In the past it has been said that Changu has the activity of giving money with usury. They either had information that amount of money, that raises the question why now? We know that the amount is greater than 120 thousand euros. It seems a more difficult event than robbing the place where they entered, the area.

Changu said that they were with a dialect from the area of ??Kurbin or the highlands of Kruja, he gave a kind of identity. He got into a fight with them, he said he bit one on the arm. They only defeated him by force. He seemed to have become a carnage. If this event is not detected it will lead to casualties because no one forgives it. I am more terrified by the courage of those who did it "said Hoxha.

More dangerous than you think / How many times can plastic water bottles be refilled? Experts point to the substance that causes great harm to your health