She left the children and left for her boyfriend's house, the 25-year-old tells her version of events: My husband raped me, the boy I knew respected and loved me, it all ended when… 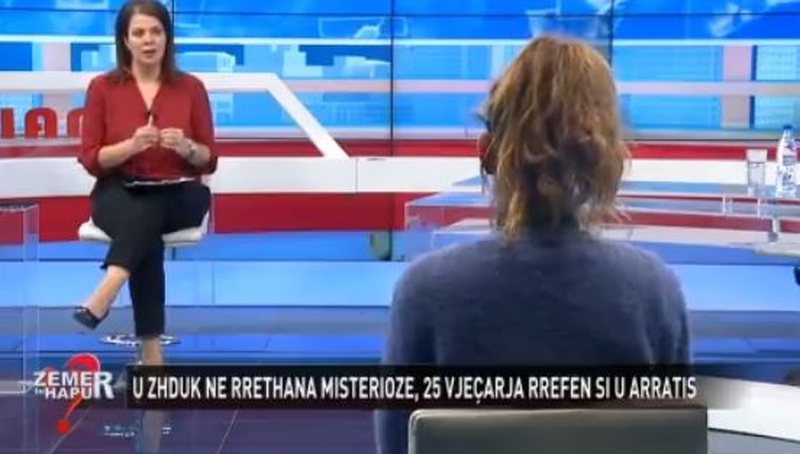 The show "With an Open Heart", by journalist Evis Ahmetaj, has brought the story of a 25-year-old woman from Durrës, who for a week, although her family had been looking for her for a week, took refuge in her boyfriend's house in Elbasan.

She told the story of her life, where her first husband passed away and the second systematically raped her. This became the cause according to her, to demand separation from him. However, for eight months, she has been known on social networks with a guy, with whom she has had intense conversations.

In these communications, the young woman did not tell him that she was the mother of two children, and this was exactly the reason for their separation. The young woman says that her boyfriend's family has respected and loved her, while adding that she is sorry that it all ended in this form.

"I have the eldest son from another marriage, his father is not alive. I went to my family, but my father does not stay. I was 20 years old and I told my father that I would start my life and I was proposed to start a family. I was told he is a good guy and will hold up well. Then the 6-year-old boy went and started violence, they beat me, left me without bread. I opened the door even harder to get the bread. If the child ate, I would be full too. I also told my brother about the problem. He was far away and had nothing to do. At one point I decided not to go back to him, I abandoned him. My parents told me to stay with them for a week and recover. But wherever I went back, I would go back and rape me again, like me and my son. He worked, but had other parallel connections. I discovered this thing back then. I asked them to separate, but in advance I sought a mediation. I am now on my way to court to carry out the separation. I have been separated from him for almost 1 year. I knew the person I left home from on Facebook. I now live alone. I rented the house. I have been living alone for almost 1 year. I am currently out of work due to the recent event. My job is busy.

I did not talk to my parents before, they told me we do not want you as a girl anymore. I may have known a boy, but the children did not abandon him. I was told to live in a house by myself, I started work and made a living. I have known my boyfriend for 8 months and we always talked through Facebook. I told my parents I was leaving. I was also in the hospital, and in those moments I only wanted children. I lived in a kitchen. I left work at 10 o'clock and had a meeting with the boy I knew. I did not tell my parents because I did not want a relationship. My boyfriend seemed very good to me, I also met his family. When he found out I had two children, he tore everything up. I asked my mom to take care of the kids, just that, I did not explain anymore. In the family of the beloved I found warmth. "Although now there is nothing between me and him", said the young woman.

Romir Zalla was recently invited to the show 'Glamor Zone' on TV ORA, where in f...