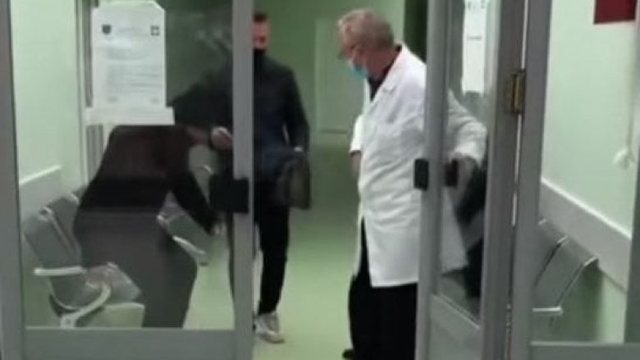 Dr. Ibrahim Hoti, who was arrested on Thursday for not providing medical assistance to a patient, was released from police custody on Friday afternoon.

The Basic Prosecution in Prishtina, General Department has announced that doctor Ibrahim Hoti, who was detained on 15.04.2021, by decision of the State Prosecutor, in relation to the criminal offense "Failure to provide medical assistance", under Article 255 of the CCRK , the same, on 16.04.2021, at 17:30, was released in due process.

Dr. Ibrahim Hoti, who works as a pulmonologist at the Main Family Medicine Center in Podujevë / Podujevo, was arrested on Thursday evening after posting a video on social media, where he was seen refusing to offer a check-up to a patient after had finished working hours, Telegrafi reports.

On the same day, the Steering Council of QKMF, had decided to temporarily suspend the pulmonologist, while with the decision of the prosecutor, he was arrested by the police and was detained for 48 hours.

But, on Friday morning, the pulmonologist Hoti had his health condition worsened and he had asked for emergency medical help.

After providing medical assistance, the pulmonologist Hoti was released from police custody by the decision of the prosecutor.

The medical staff of QKMF in Podujeva protested against the arrest of the pulmonologist on Friday .