The fight with the coronavirus / Skënder Brataj gives the GREAT news 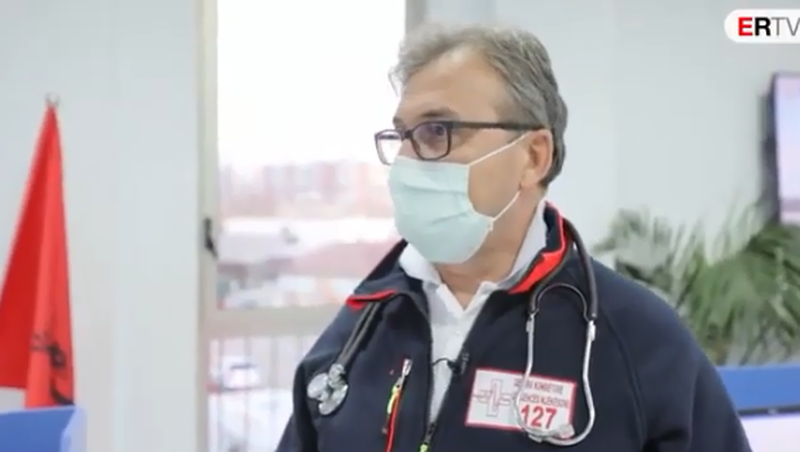 The head of the National Emergency, Skënder Brataj has given very good news about the Chinese CoronaVac vaccine.

According to a recent study in Brazil, which was cited by Brataj, CoronaVac is effective against the Brazilian variant of Covid-19 P.1.

"Like any virus, bacteria, parasite or disease, you, SarsCov 2, can't beat us!

Good news on the CoronaVac vaccine!

The latest study in Brazil!

CoronaVac is effective against the Brazilian variant of Covid-19 P.1.
The study was conducted with 67.7 thousand health workers in the city of Manaus
Posted on 07/04/2021.

By Elaine Patricia Cruz - Agencia Brasil - São Paulo
The CoronaVac vaccine is an immunizer manufactured by the Butantan Institute and the Chinese pharmaceutical company Sinovac. It is 50% effective against variant P.1 of Covid-19, the Brazilian variant, which appeared in the city of Manaus in 2020 and which already prevails in some Brazilian states. Efficacy in disease prevention was confirmed 14 days after the application of the first dose.

The study was conducted with 67,718 health workers in Manaus and published by the Vebra Covid-19 group, which brings together researchers from national and international institutions, the Amazon state health departments of São Paulo and the municipal health departments in Manaus and San Paolo, supported by the Pan American Health Organization (OPS).

Research has not yet evaluated the effectiveness after the application of the second dose, which will come out in the coming weeks. In the interim analysis, the efficacy of CoronaVac was 50% in preventing the symptomatic disease of Covid-19, says the preliminary study report. Of particular importance is the fact that this percentage is only after the first dose!
These results are very encouraging because CoronaVac remains effective in reducing the risk of symptomatic disease in a scenario with a prevalence above 50% of the Brazilian variant P.1, the study points out. These findings support the continued use of this vaccine in Brazil and other countries with the same circulating variant, the researchers said.
For the director of the Butantan Institute, Dimas Covas, the field study is showing the effectiveness of the vaccine, and its effectiveness has been determined by clinical trials.

If after the first dose the effectiveness is 50%, it is expected that after the second dose this percentage will increase significantly, said Covas. He cited another study, done in Chile, where CoronaVac is being administered to the population. So far, a reduction in hospitalizations and deaths of people over the age of 70 has been demonstrated.
CoronaVac is a vaccine made up of inactivated viruses, which means it contains all parts of the virus. This can generate a more complete immune response than other vaccines that use only part of the Spike protein (the protein used by the coronavirus to enter cells). The vaccine is applied in two doses, with an interval of 14 to 28 days.

Artan Hoxha raises the ALARM for the port of Durrës: This shows that criminal groups have been activated! Here is how cocaine is placed in containers

"Only in America can you find it in the market", Artan Hoxha extracts the unspoken from the arsenal of weapons seized in Tirana: This seized sniper hits from a distance of 3 km and costs 12 thousand €, here is how he entered Albania

"Only 3% protection from the first dose of Chinese vaccine", Skënder Brataj reacts to the study from Chile, gives IMPORTANT information: It is not true!

Artan Hoxha warns of sensational developments in Albania: Crimes without perpetrators will be revealed, here is what he has revealed

Coronavirus in Albania / Skënder Brataj gives the bad news: I am more worried about the fact of ...

The arsenal of weapons seized in recent days in Tirana, Artan Hoxha reveals strong details of how they were discovered and where they were stolen

Kosovo gets the fantastic news, here is how much the Pfizer vaccine dose has provided

Explosion with explosives in Vlora, details are revealed who is the owner of the apartment

The Prime Minister was closely following the vaccination process, the old woman confuses Rama's name in Elbasan: U Basha! (VIDEO)

Suspension of flights / Jorida Tabaku speaks for the first time: My brother has nothing to do with Rinas, here is the truth of the villa in Lalëz!

4 deaths from coronavirus in the last 24 hours in Albania