"Tell me about that girl"/ He punched Berisha, here is the video of Gerti Shehu that is circulating rapidly 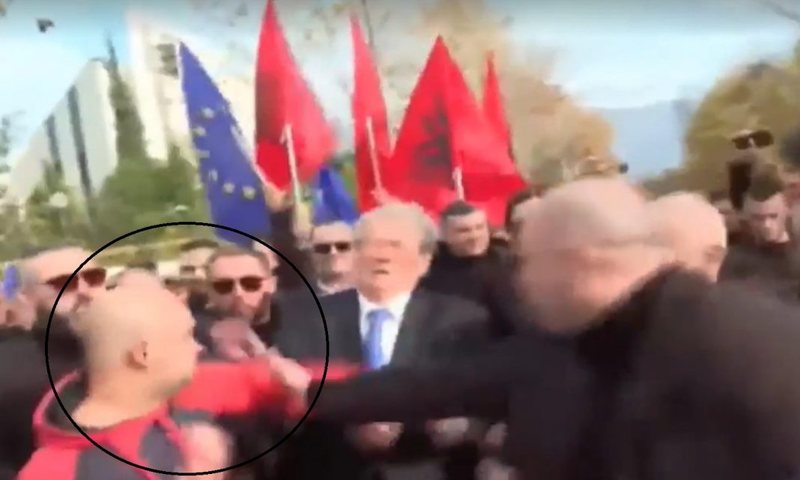 Chief Democrat Sali Berisha was raped this afternoon by a 31-year-old identified as Gert Shehu. The leader of the DP was walking alongside the leader of the Freedom Party, Ilir Meta, when Shehu approached and attacked the chief democrat, shooting him with his fist. the leader of the DP fell to the ground and at that moment his bodyguards intervened and handed him over to the police. The young man turns out to be a person with an unspecified mental disorder and was being treated.

Gerti Shehu: I will share this pack with that guy and I will not smoke the 10 cigarettes left over! These are the last 10!

The guy filming it: Tell me about that chick you were talking about!

Gerti Shehu: She ran away with the Russian elephant!

The boy who films it: You see Liza in the world of wonders!