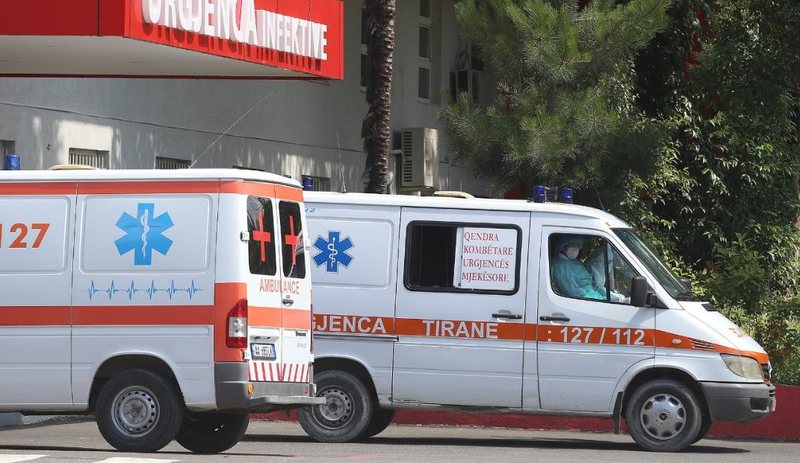 Due to the increase in the number of citizens affected by Covid19, the Ministry of Health again calls on citizens not to neglect the anticovid vaccination, especially in this period of increased contacts, due to movements during the summer season.
Anyone over the age of 12 can be vaccinated at health centers across the country. Also, the Ministry of Health appeals to all vaccinated citizens to go to the health centers to be vaccinated with the booster dose.
Anti-COVID vaccines reduce the chance of infection and largely avoid hospitalizations and fatalities.
If you have signs of illness or have had contact with a person affected by Covid19, isolate yourself immediately and contact your family doctor to be tested as soon as possible or call the National Emergency at the unique number 127.
We will inform you of the situation within 24 hours recently, as follows: 2153 tests have been performed, of which 974 citizens have tested positive for COVID19, in these municipalities:
438 in Tirana, 61 in Vlorë, 54 in Shkodër, out of 41 citizens in Durres, Fier, 31 in Berat, 26 in Saranda, 25 in Lushnje, 21 in Lezhë, 18 in Gjirokastër, 17 in Krujë, 15 in Dimal, out of 12 citizens in Kavajë, Divjakë, out of 11 citizens in Himarë, Elbasan, out of 10 citizens in Vorë, Roskovec, Tepelën, out of 9 citizens in Korçë, Kurbin, 8 in Malësi e Madhe, out of 7 citizens in Kamëz, Kuçovo, out of 5 citizens in Vau i Deja, Patos, Pogradec, Gramsh, from 4 citizens in Tropoja, Dibër, Mat, Selenica, Përmet, Kolonje, Skrapar, from 3 citizens in Mirdita, Poliçan, from 2 citizens in Këlcyre, Devoll, Belsh, Librazhd, from 1 citizen in Pukë, Fushë Arrëz, Kukës, Shijak, Rrogozhinë, Mallakastër, Delvinë, Memaliaj.
There are 4,235 active citizens with Covid19 throughout the country.
Currently, 24 patients are receiving treatment at the COVID3 hospital. In the last 24 hours, there have been two deaths from Sars-Cov2: two citizens from Tirana aged 64-74.
377 citizens have recovered during the last 24 hours, bringing the number of recoveries to 276,070 since the beginning of the epidemic.

The arsenal of weapons in Yrshek/ Police reveal new details from the operation: There are arrestees