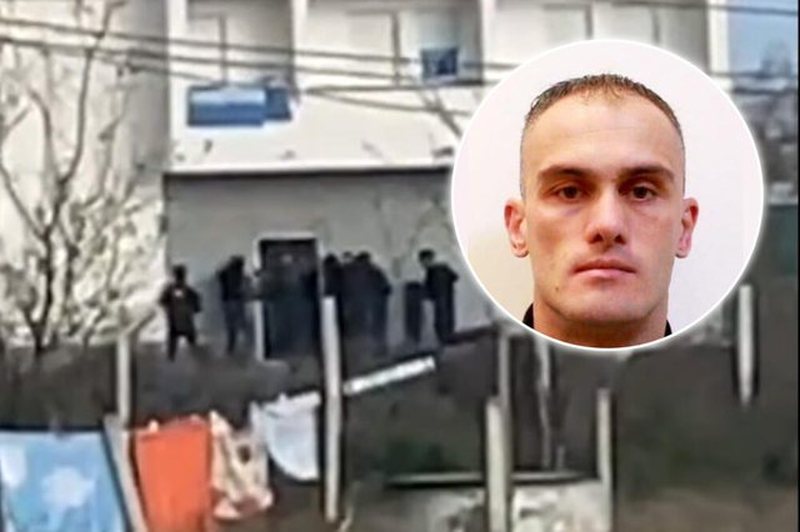 Serbian media have reported the murder of a pregnant woman by a man in Kosovo. Kurir as well as other Serbian media as they published the video when the police surrounded Sokol Halili before he killed himself, also cited the report written by the Minister of Interior of Kosovo, Xhelal Sveçla. The Serbian media have also highlighted the fact that Sokol Halili shot at his pregnant wife even after she fell to the ground.

Sokol Halili, suspected of murdering his pregnant wife Hamide Magashi in front of the gynecology clinic in Pristina, killed himself today when the police surrounded him. A video has appeared on social networks showing a large number of police officers surrounding the house where Halili was hiding. However, the killer of the pregnant woman did not want to surrender, but killed himself.

The Minister of the Interior of Kosovo, Xhelal Sveçla, has confirmed that the suspect for the murder of the pregnant woman committed suicide. Through a post on Facebook, Sveçla said that the police found the suspect for the murder of a pregnant woman in the courtyard of the Gynecological Clinic in Pristina. However, as Sveçlja adds, Sokol Halili did not want to surrender and committed suicide.

"After the intensive work of all departments, we have found the killer of Sokol Halili. Despite the efforts of police officials to negotiate a surrender, he killed himself. The police and the police inspectorate will continue the investigation to clarify all the circumstances of the woman's murder pregnant and suicide," Sveçla wrote.

We recall that Hamide Magashi was killed on Wednesday evening in the courtyard of the gynecological clinic in Pristina. Her husband Sokol Halili, who fired three shots at her when she left the gynecology clinic, is suspected of the serious murder of a woman in the ninth month of pregnancy. She suffered the abuse for months

The serious event shocked the public opinion in Kosovo where on November 30 Hamide Magashi was cruelly executed by her ex-husband Sokol Halili in the maternity yard where she had been laid for days as she was in the last week of pregnancy. According to information from family members, the couple had only been married for 3 months as Halili was very violent towards his wife and her sisters took her from his house to shelter her with them.