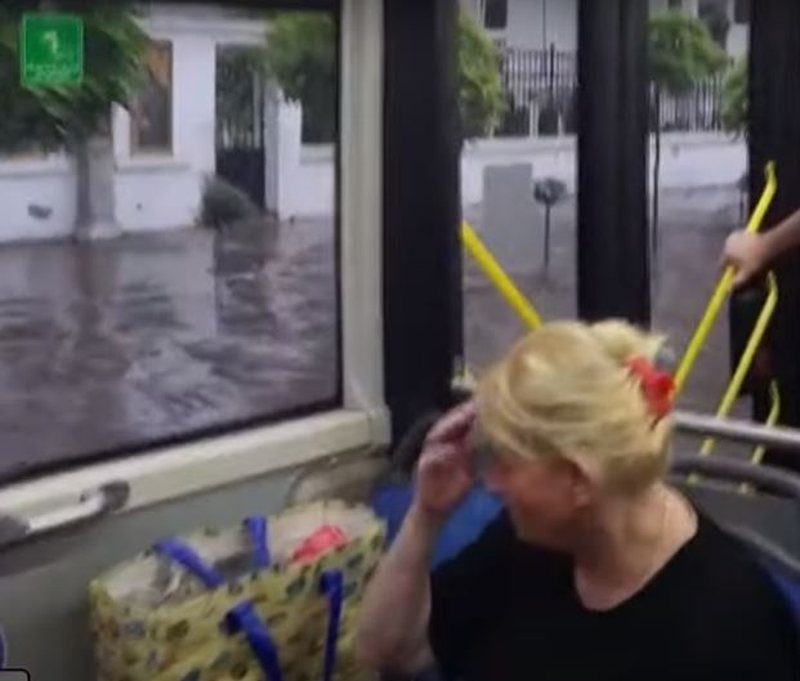 Torrential rains have paralyzed some parts of the capital of Serbia, Belgrade. The Serbian media say that the storm first hit with all its fury in the Zemun area, and then in other parts of the city.

Images published on social networks show roads completely submerged in water, cars stuck and a bus floating, while a female passenger makes the sign of the cross in fear.

The Republican Hydrometeorological Institute of Serbia announced that within a short time, heavy rainfall will fall in the Serbian capital. "There will be heavy rains, hail, strong and stormy winds, with greater probability in some areas of Serbia", says the latest warning of this institute. Thunderstorms and torrential rain are forecast in parts of southeastern Europe, including Kosovo, Croatia, Hungary and Romania.

Experts warn that torrential rains could cause flooding in low-lying areas, threatening communities living near rivers and streams. However, the possibility of water flooding in urban areas, with overloaded drainage systems, is not excluded.