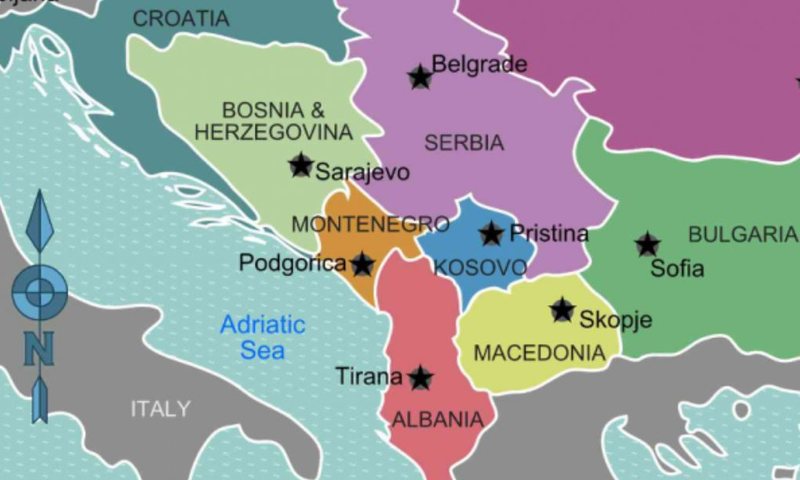 The British media Sky News has analyzed the situation in the Western Balkans, saying that 'In the Balkans, Europe is seeing how a crisis is slowly developing', adding that this is a known problem already, in a known place, but now in game is introduced and interference from Russia.

It is about Bosnia, which 30 years after its horrific war is caught in a complex, volatile dispute involving ethnic divisions, religious division, genocide denial, horrific memories and suspicions that Moscow is fomenting the situation.

It is a country shaped by centuries of ethnic and religious divisions, and still grappling with its fractured identity. But it is modern history that is so palpable, the various scars left behind by three and a half years of brutal war in the 1990s. There were 100,000 killed in a country of only four million people.

Bosnia's biggest problems are the ongoing trauma, the dangerous tensions that still divide the country, and the sense that it could return to the path of catastrophic war. That nothing, really, has changed.

To understand how internal those divisions are, we leave Sarajevo and travel a few hours. Just before you reach the border with Serbia, find the town of Srebrenica. It was here that more than 8,000 Muslim men and boys were killed by Bosnian Serbs in July 1995.

An act of almost indescribable callousness, led by Ratko Mladic. He assured locals they would be safe and then ordered a shocking wave of violence that began, scandalously, under the eyes of United Nations troops.

The fear of many in Western Europe is that Russia is looking for new places to foment unrest to distract from what is happening in Ukraine and to stretch European unity, and that Bosnia, with its divisions and instability, could appear the perfect candidate. Throughout history, the Balkans have often been the site of violence.

So could it happen again? Can Bosnia really return to conflict and division? The answer, worryingly, is a cautious "maybe", writes Sky.