The weather makes the sudden turn this afternoon: Areas affected, what happens tomorrow 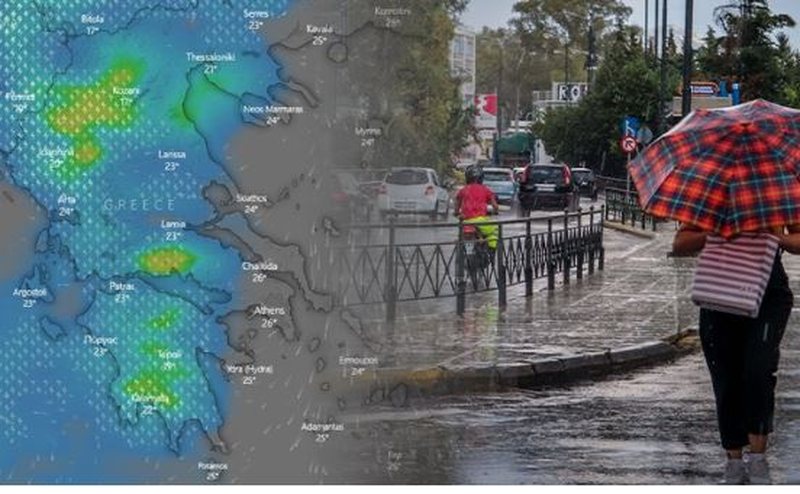 This week has been characterized by high temperatures, characteristic for the period, which continued until this morning, but the situation is expected to take an unexpected course starting in the afternoon. As reported by Meteoalb and regional meteorological stations, starting at 15:00 the country will be covered by eclipses, which will be observed in almost the entire southern and central part of Albania.

Exactly in these areas, rain and electrical discharge for almost two hours are forecast. The weather is expected to improve starting in the following evening hours, while the fresh temperatures will continue until tomorrow morning, where another increase is expected.

The areas that are expected to be most affected by rainfall are the highlands of Tirana as well as the area between Librazhd, Pogradec and Elbasan, while the rest will be covered by moderate rainfall.

"He will kill us if we don't give him the accident money"/ Mother and son deceive the elderly in Shkodër, take a large amount of money from him (DETAILS)

Temperatures reach extreme figures, experts are worried: This is a very big problem, this is what we are at risk of

If you see this shape on the surface of the water, get away immediately! Here's what you're at risk of

"I will kill you"/ The tragedy is prevented in Tirana, the boy threatens his parents with a knife

"I wanted to put the scissors in myself"/ The bride went from Dibra to Saranda, the woman recounts the drama of her life: I was forced to marry a man with mental problems!

The bonus is approved/ Salaries are increased for this category. Manastirliu announces the decision