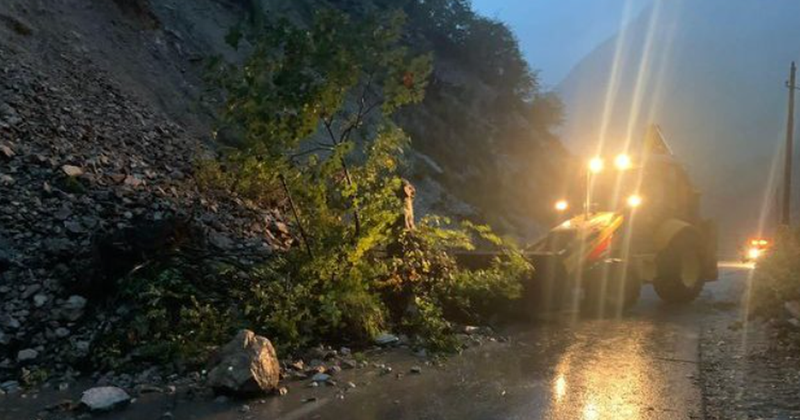 The Albanian Road Authority has announced this morning about the areas where there is a traffic problem, after the heavy rains. ARRSH informs that on the road axes Tamarë-Vermosh and Hani Hotit-Tamarë there were landslides of stones and inerts.

Also, on the Bogë-Theth axis, there have been problems with the flow of streams on the road body, but currently the axis is passable without a problem.

"Rainfalls with intensity have covered the whole country during the night.

In the Northern Region, the rains have been of higher intensity, bringing stones and inerts to the body of the road, such as in: Tamarë-Vermosh, Hani Hotit-Tamarë, in Valbona from km 3 to km 10.

On the Bogë-Theth axis, there were problems with the flow of the streams on the road body, they have already been cleared and the axis is passable without any problem.

The maintenance contractors with tools and workers are on the ground without interruption to keep the condition of the axes normal", the announcement states.