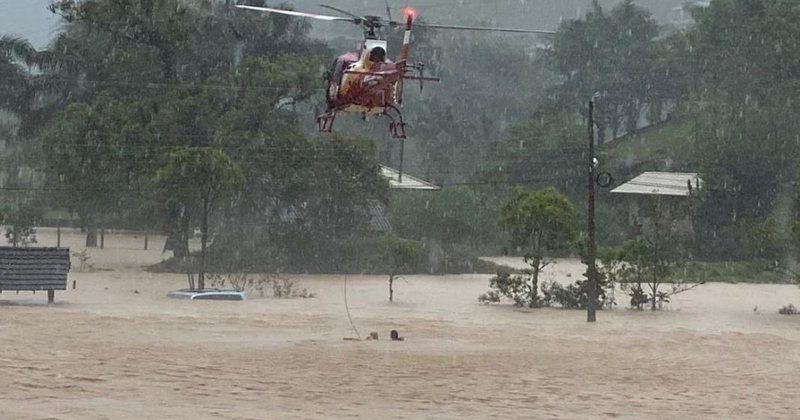 Locals in Florianopolis in Brazil are facing the devastating consequences of flooding caused by heavy rainstorms where 2 people have died as a result.

Authorities declared a state of emergency in 30 cities.

The heavy rains, which have also caused landslides in many cities, have killed 2 people, while dozens more have gone missing.

In Santa Catarina, people moved through the streets by boat or wading deep in muddy water.

Flooding has damaged roads, bridges and buildings in the southern state of Santa Catarina.

Aerial footage provided by the government shows streets in the town of Santo Amparo da Impreatriz covered in mud as well as rivers that have burst their banks.

Over 880 people have been evacuated.

Donations to help families affected by the floods have been sent to the region for those affected.

Floods at this time of year in Brazil are common and have caused incalculable material damage.