The weather takes a big turn in the afternoon, find out what the weather is forecast to be like today and the areas most at risk of rain 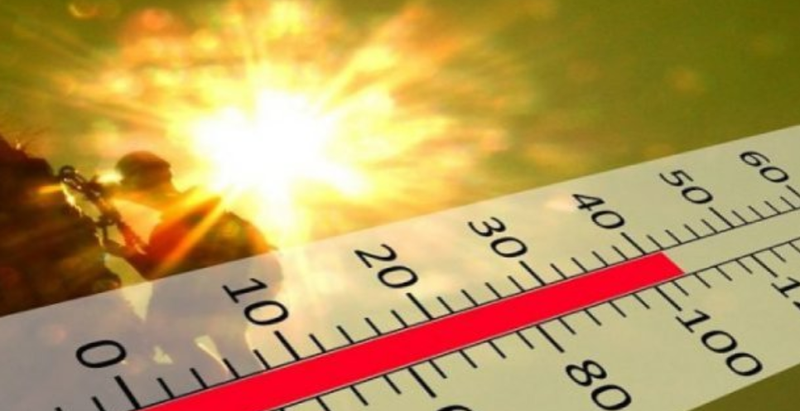 The gradual withdrawal of African air masses from our country is expected, bringing somewhat cooler weather. However, the clearing will be dominant throughout the territory of the country until the afternoon hours where clouds will appear first in the mountainous areas and gradually in most of the territory, denser in the mountainous areas along the eastern stretch bringing rain showers and mini-wind storms in the southeast and extreme south of the country.

According to MeteoAlb, there will be more moisture in the air, making the temperatures feel higher.

Air temperatures will decrease in the morning and at noon, fluctuating daily values ??from 14°C to 38°C.

The wind will blow at an average speed of over 35 km/h from the northern direction, creating over 2 waves on the sea coast.

The Republic of Kosovo

Clouds will be dominant during the first hours of the day, but the second part of the day will be cloudy from time to time in most of MV, risking temporary and local rains. It is predicted that during the night clouds will develop throughout the Republic of MV.

The development of a strong cyclonic center over the Baltic region will bring heavy rains as well as strong wind storms in Northern and Eastern Europe. Likewise, tropical storms will continue to be partially present in the Center of the continent. While all the rest of Europe will be under the influence of African heat waves, providing clear and hot weather.

The tragedy in New York, the shocking testimony of the sister of the 28-year-old who jumped from the 6th floor: Florindi killed her together with the child, the doctors had also warned her

Video/ The situation in the protest escalates, citizens throw red paint on the walls of the Ministry of the Interior

"I'm protesting for my life", Adriatik Lapaj: Every strong person in this country makes our lives ugly, Rama must...

Tensions in the north of Kosovo / Albin Kurti's strong statement: We risk war with Serbia

The tragic event in Himarë/ Lubonja: It's serious, it deserves protests, here's what the opposition should do to attract as many people as possible

Name/ Jumps into the sea from the trampoline, the 28-year-old in serious condition, by helicopter towards Tirana

Seizure of 1 ton of marijuana / VOA discloses new details: How the 3 boatmen from Vlonia were pursued by the Guardia di Finanza