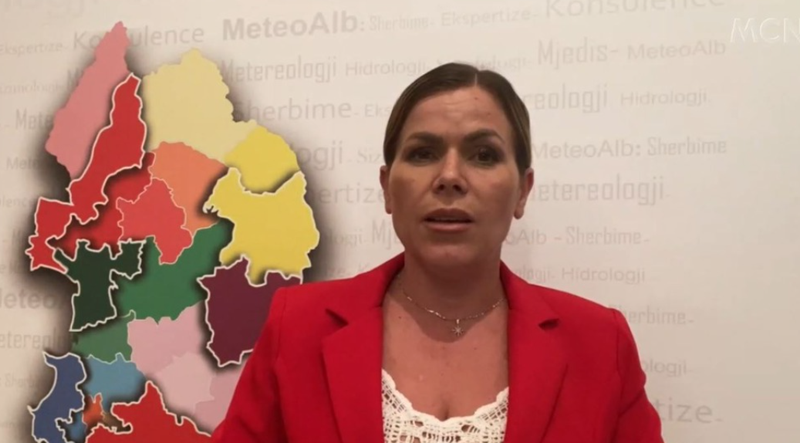 MeteoAlb's forecaster, Lajda Porja, warns all those who have just started their holidays not to panic as the weather will improve from today to Friday, and that the clouds will be light and transient during the afternoon, mainly in mountainous areas.

Porja stated that in the district of Korça, clouds will be present, but there will be no rain.

According to her, this afternoon there will be little rain in the north-northeast and a part of Shkodër district.

Porja added that we spent a relatively cool weekend, where the mornings were with temperatures of 8-9 degrees, but that from tomorrow the thermal situation will change.

"Tomorrow afternoon there will be penetration of air masses from Africa, from Wednesday to Friday, high temperatures up to 38 degrees, in cities like Elbasan, Berat, Fieri and Lushnja.

The coast from 31 to 35 degrees in Saranda, from Wednesday to Friday where we will have three hot days, however it will be a very short-term heat wave, there will be a drop in temperatures and precipitation, mainly in the north and center, the weekend will be fresher. The wind will be present from tomorrow, which can bring rough seas to the shores of Shengjin and Vlora," she said.

Regarding the impact of the rains of the last few days, if there was an improvement in the water situation in the country, Porja said that they were insignificant compared to the situation in the cascades, considering the long-term period of drought.

"There have been fewer cascades in the Kukës area, even the rains that we expect to fall are in negligible amounts, we have no improvement in the water situation.

Let's hope at least in the autumn months, after August, since we have had high temperatures, to have rain in the fall." said Lajda Porja.

Many people thought she was keeping in touch with someone in another time zone...