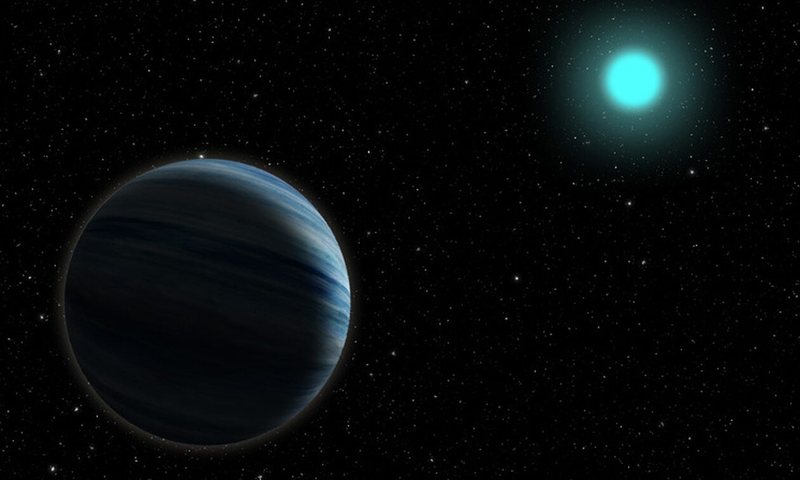 American astronomers have discovered an elusive gas giant exoplanet orbiting a large and very bright star. Over the past 25 years, scientists have found thousands of planets around stars in our galaxy, but over 99% of them orbit relatively small stars, either white dwarfs or similar to our Sun (which is considered an average-sized star in universe).

Few exoplanets have been discovered around very large A-type stars, which are very bright, bluish, and at least twice the mass of the Sun. Some of the brightest stars in Earth's sky, such as Sirius and Vegas, are A-type stars.

Researchers at the University of California-Berkeley, led by Stephen Giacalone, who made the corresponding publication in The Astrophysical Journal Letters, discovered a new planet, HD 56414 b, which is the size of Neptune and orbits an A-type star.

Such planets are estimated to "strip" relatively quickly from their gases under the influence of strong radiation (X-rays, ultraviolet, etc.) of their parent star.

"We found the hottest star ever with a planet around it, which is smaller than Jupiter. "Such planets are really hard to find, and we probably won't find many of them in the foreseeable future," Giacalone said.

The new exoplanet HD 56414 b, around the star HD 56414, was observed by NASA's TESS telescope. It has a radius almost four times that of Earth and takes 29 days (the length of its year) to make a complete revolution around its star. It moves at a distance from the star that is about a quarter of the Earth-Sun distance. The age of the star and the exoplanet is 420 million years, much younger than that of the Earth and the Sun (about 4.5 billion years).

Based on the analysis so far, it is estimated that although radiation from the powerful star gradually destroys the exoplanet's atmosphere, it will survive for about a billion years, but then the parent star is expected to exhaust its nuclear fuel, gravitationally collapse, and produce a supernova explosion.