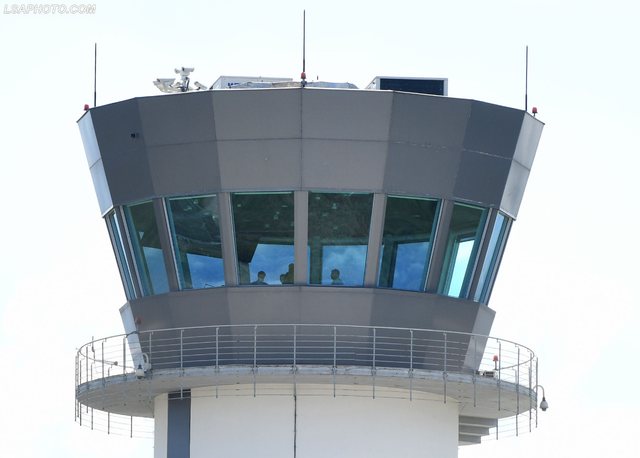 In Albania, for the second day in a row, flights at the country's only international airport "Mother Teresa" have remained blocked, as a result of the problematic situation created by the decision of air traffic controllers to cease operations. A detention order was announced for three inspectors today.

Yesterday more than half of the controllers declared "inability to work under stress". The decision followed a nearly year-long dispute with Albcontrol executives about almost halving monthly revenues, following a drop in flight due to the pandemic.

The Ministry of Infrastructure filed a lawsuit on Wednesday afternoon against some of the controllers, considered by it as "organizers of an illegal strike". The Tirana Prosecutor's Office started the first actions last night, and at least 24 inspectors were escorted to the police. While 21 of them were released today, a detention order has been issued for three others on charges of "abuse of duty". The lawyer of the Air Transport Union, Rezart Kthupi said that this is an accusation that can be raised against the employees of the state administration and not of an anonymous company.

On the other hand, the authorities have set in motion to replace the protesting controllers, even with foreigners. During a meeting of the Civil Defense Committee, the Ministry of Infrastructure was asked to “take the necessary measures to make operational air traffic control operational, even replacing, if necessary, the removed controllers with new domestic or foreign controllers. ”. Also, this ministry "was tasked to determine the minimum license criteria according to international standards and any other criteria necessary to start flights as soon as possible", while the Civil Aviation Authority was tasked to take all necessary measures for the gradual resumption of air operation and in case of need,

"He described me as determined with the DP" / Artan Hoxha sends a clear message to the patronage who received his personal data and surprises everyone with the statement: I have 25 years since ...

Serious incident in Mamurras from the shooting between the police and a group, the injured officers and the citizen are identified

Extraction of personal data / Artan Hoxha shows why he has never applied to E-Albania and casts doubts, Fevziu intervenes: Maybe someone from my staff has ...

“How desolate you are! To be in the mouse hole I will find you "/ Klodiana Lala reveals the patronage who stole her personal data and warns her harshly (NAME)

"Ah, we all miss you" / Candidate for deputy in the PD list, Ori Nebiaj reveals what he will do with journalism after April 25