Builds without permission in the middle of the action for the demolition of buildings, 52-year-old arrested in Saranda (NAME) 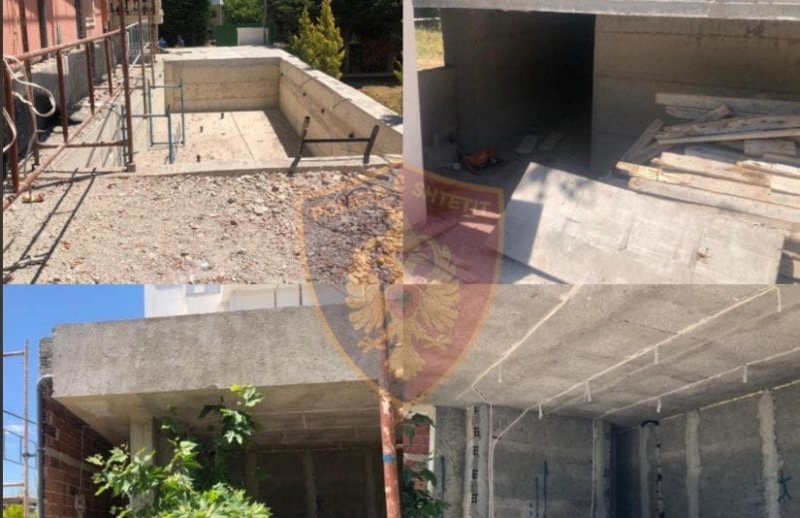 A 52-year-old man has been arrested by the Saranda police, after carrying out illegal constructions. Lefter Marku, 52, a resident of Ksamil, Saranda, was handcuffed.

The 52-year-old was found by the police building an additional facility on his land, in conflict with the action of IKMT, which has recently started demolishing illegal constructions along the Albanian coast.

Pursuant to the tasks defined in the action plan drafted by the General Directorate of State Police, for taking measures in order to prevent, identify and punish illegal constructions, especially within the yellow line in urban areas, the services of the Commissariat of Saranda police during the control of the territory in Ksamil, have ascertained that inside the yellow line an illegal construction was being carried out. Following the actions, the citizen LM, 52 years old, resident in Ksamil, Saranda, was arrested in flagrante delicto for the criminal offense "Illegal Construction".

The arrest of this citizen was made after it was ascertained in the neighborhood no. 2, Ksamil, by constructing an additional object on an existing object on the land owned by him, not equipped with a construction permit by the competent authorities. The procedural materials were forwarded to the Prosecutor's Office, for further actions, for the criminal offense "Illegal Construction".

The strike continues / They allowed the illegal constructions, in the criminal investigation the chief inspector and 2 former employees of IVMT (NAMES)

'Football strategy for girls', Minister Kushi gives the good news: New programs to increase their participation in sports, they need to be supported and encouraged

Vlora / Police action with flash controls, two businessmen are arrested. Here is what they seized

A woman is found dead inside the apartment, serious suspicions of the police are revealed

The Albanian mother and her son were told that they were abducted in Germany, they become alive in Kosovo! This was the phone call that added to the suspicions of the Police

The American expert on the Balkans gives the FANTASTIC news after Kurti's meeting with Vuçi:: Here is what can happen in a few months!

"A shocking scene" / Large crowds were waiting in Shkodra for the competitors of 'Përputhen', the well-known Albanian lawyer comes out with a strong reaction and tells what he experienced: I lost my brain!