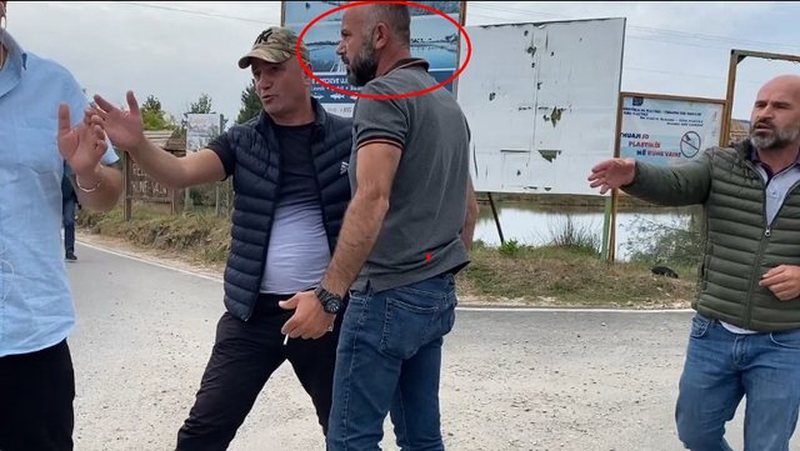 Among the 18 arrested, after Nuredin Duman's confession, is police officer Leonard Palushi. In the investigative file, provided by the journalist Klodiana Lala, it is stated that Palushi was an effective member of the Elbasan District Police Directorate, where he exercised the duty of Head of the Crime Investigation Sector, while already holding the position of Chief of Crimes in Lezha Police.

He is accused of working on behalf of Erjon Alibej, who ordered the assassination of Emiliano Ramazan. Palushi tried to lead the investigation in the wrong direction.

Excerpts from the investigation file:

Citizen Leonard Palushi, asked in the capacity of a person who is aware of the circumstances of the investigation, among other things, explained that: On 20.07.2020, when the murder of citizen Emiliano Ramazani took place, I was on annual leave. Although over the holidays I have tried to find out about the murder of Emilano Ramazan. A few days after the event, even though he was on vacation, in Yzberisht, around 10:00 or 11:00 in the morning, a citizen with a covid mask and hat, about 170 cm and about 50 years old, approached me. He met me and informed me that a weapon used in Mili's murder was kept hidden at the Manhasha service. He addressed me saying 'you have never seen me'. I walked about 2-3 steps towards this citizen, but meanwhile another person came on the sidewalk. I stopped because I was not sure what would happen. The two left together in the direction of the main road to the New Ring. Later I communicated with the Director of Police Arjan Muça, I told him that a person came to me and met me in Tirana and told me that the weapon of Emiliano's event is in Manahasat. I want to clarify that in the conversation with the Director of Police Arjan Muça we had doubts that this information could be fabricated, but again judging that there could be weapons there would be help to discover the perpetrators of the event, so there could have been DNA traces.