Criminal events in the country, Ardi Veliu makes the urgent move and gives the final ultimatum: Find the premises where ... (FULL) 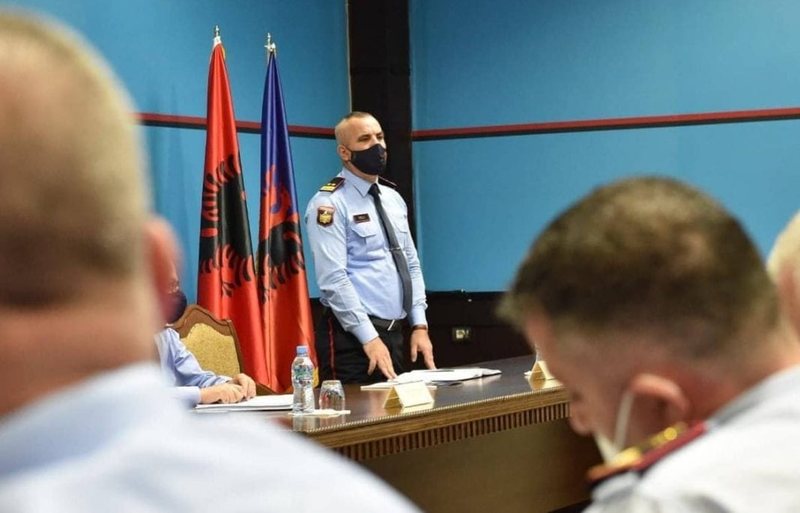 The heads of the local police directorates and the chiefs of the commissariats met two days ago with urgency at the Police Directorate in Tirana, by Ardi Veliu in connection with the criminal events that took place in our country.

It is learned that during the meeting held in Tirana, Chief of Police Ardi Veliu gave three orders to his subordinates.

Euroneës Albania has exclusively learned the content of this circular consisting of three points where it is noticed that the Chief of Police requests from the chiefs of police stations but also the leaders of the Police an increased commitment in the territories they cover in order to prevent criminal events in the country.

- Chiefs of police stations will not leave the territory before 22:00;

- To list the premises and premises frequented by the criminal element;

- The services of the operational forces to keep under surveillance the criminal element with a tendency in the field of crimes against life.

This circular comes at a time when the General Director of Police, Ardi Veliu warned that the further tenure of each leader will depend on the reaction of the structures that depend on him in the face of criminal activity. Veliu demands that all structures be on standby on the ground.

He was executed with a bullet in the head, other details about the murder of the former anti-drug chief come to light: Who ambushed him? He left his pistol in ...

The Bank of Albania makes the important announcement, launches two new banknotes, what will it look like 10,000 lekë

"Covid will never leave", the professor makes the sensational statement, shows what can happen with the virus that brought the world to its knees

(PHOTO) The unspoken romance and luxury wedding of the girl, what made Sander Lleshaj happy 6 months after his resignation. Who is the foreign son-in-law of the former minister known as ... / Former world-famous Albanian boxer reveals secrets

Graduates complained about the math test and warned of protests, QSHA reacts and explains everything in detail: No room for panic