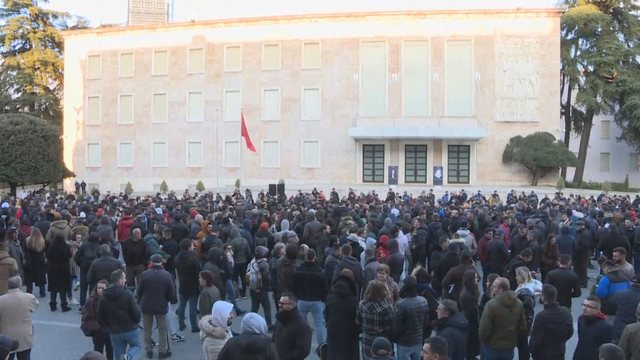 Protests started this morning in front of the prime minister's office. The protest was organized by parents of the "Zübeyde Han?m" kindergarten, closed by government decision.

The parents have expressed that the closure of the "Turgut Ozal" school and the kindergarten affects the whole of Albania.

In the photo, it can be seen that children aged 3-5 years, who were in the kindergarten that has already been closed by the government, participate in this protest.

With the motto "Respond for your child, protest for injustice", this protest comes just a few days after the protests of the students of "Turgut Ozaz" college, also closed by government decision as part of what many have called a campaign to close "Gülenist" institutions in Albania, after pressure from the Turkish government.