"A coffee, or you'll end up in the police station"/ He asked the citizens for money, the State Police takes the drastic decision for the officer, in the investigation also... (Names) 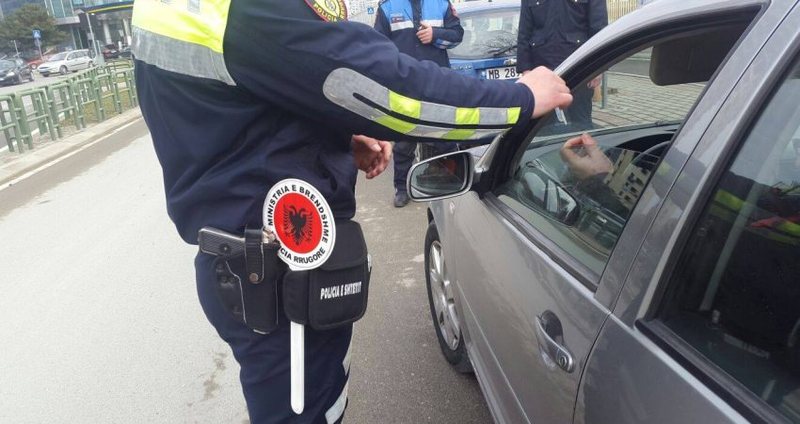 The State Police has dismissed from its ranks, the two patrol officers, who were denounced for stopping citizens in the Kamza area and demanding bribes, or else they would accompany them to the police station.

In an official reaction, it is reported that the officers Shamet Kuqo and Elton Gjedia have been dismissed, while the Police Supervision Agency has launched an investigation into this issue.

Also, the police have started investigations for disciplinary violations against the specialist of the General Patrol Section, AK, as well as against the head of the Section for Public Order and Security at Police Station No. 6, Commissioner VI as they are suspected to be involved in this case.

Immediately after the broadcast of the footage, in the investigative show "STOP", where two police officers of the General Patrol of Police Station No. 6, in complete abuse of duty and in open violation of ethics and communication, by taking a sum of money, through corrupt acts, from the driver of a vehicle that had stopped on the side of the road, in Kashar, we clarify the public opinion that:

Meanwhile, the Directorate of Professional Standards in the State Police has immediately launched an in-depth disciplinary investigation, for serious disciplinary violations, against the specialist of the General Patrol Section, Deputy Commissioner AK, as well as against the head of the Section for Public Order and Security at the Police Station Police No. 6, Commissioner VI

At the same time, the Police Supervision Agency has launched a criminal investigation regarding this case.

The General Director of the State Police thanks the leaders of the show "STOP" and encourages the media and citizens to denounce any case of corruption, abuse of office or violation of the code of ethics and behavior with citizens, assuring them that he is very determined to react with the severity of the law to remove from the ranks of the State Police, such employees who tarnish the name and uniform of the State Police.