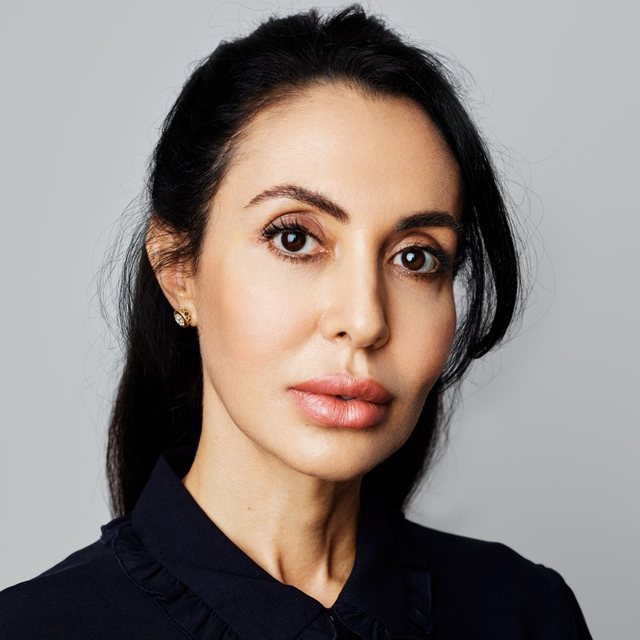 In recent days, Valbona Hoxha has appeared for the first time on social networks on an Instagram profile which focuses on the psychological services offered by Valbona, as a psychotherapist.

The fact that she is the granddaughter of the former dictator, Enver Hoxha has not been negligible by many followers who have mentioned him, recalling the wounds left by his regime.

One of them seems to have taken it very seriously and Valbona's Instagram has given him the opportunity through a comment to "explode".

"How strange is fate. Yesterday I accidentally saw your photo somewhere. I was immediately reminded of the Girl I saw on the block with a dog in her hand many years ago. You, LADY, have become "congratulations" to doctors. I and many like me who grew up and came from well-known families in Tirana, did not have the luck to study. For your grandfather and other communist puppies, we should not have been educated. How ironic is fate. We were able to get an education in Emigration later, but better late than never. And all this suffering only for the sake of your grandfather and his grandchildren. Gott sei Dank that Our children do not have our destiny. You will say what I have. "No, no" "you do not have but I wanted to say How lucky you were. And Hitler committed many crimes almost like your grandfather, but people distance themselves. There are many children in Germany who have distanced themselves from their Nazi families. And you never, ever apologized. With the money of My grandfather who gave him suitcases with gold that he earned with his sweat that he was educated, you lived and live today as a pasha. That was short and schmerzlos. Schönen Abend noch Fr Doktor. ”

"Normally, these people of this communist kind should have had to live what those families who were disguised by her grandfather lived. Then they would realize care was that barbaric time. In Germany the story of Hitler is taught more than people. Never forget what HE did. "When things are forgotten, it is repeated again", the commenter concludes. "It is impossible to trace", the journalist shows the programs used by criminals for trafficking and murder: It is very easy!

Details from the powerful explosion in Shkozet are revealed, two people are injured, the Police reacts

I got out of the car and fired at him, I saw a woman in the car ... / 'Killeri' Henrik Hoxhaj tells another sensational event, comes out after the assassination attempt on the "strongman" of Tropoja and dismantles the whole scene

"I brought him a spinach pie, cooked by my mother" / The last assassination, the testimony is revealed: How Nuredin Dumani realized that he was betrayed

Shocking EVIDENCE / Erion Alibej's message after killing his brother, Henrik Hoxhaj shows the scary details, shows the amount of 90 thousand euros for the elimination of this famous character: Here is how we did the "job" and where we hid the evidence

"His deceitful son should have been killed, but ...", the penitent of justice opens the 'bag', tells how the execution of the businessman in Tirana was attempted: Dumani asked me, it remains a mystery ...