He did not have a license, the police arrest the 21-year-old in Korça, he is surprised by what he finds in the car 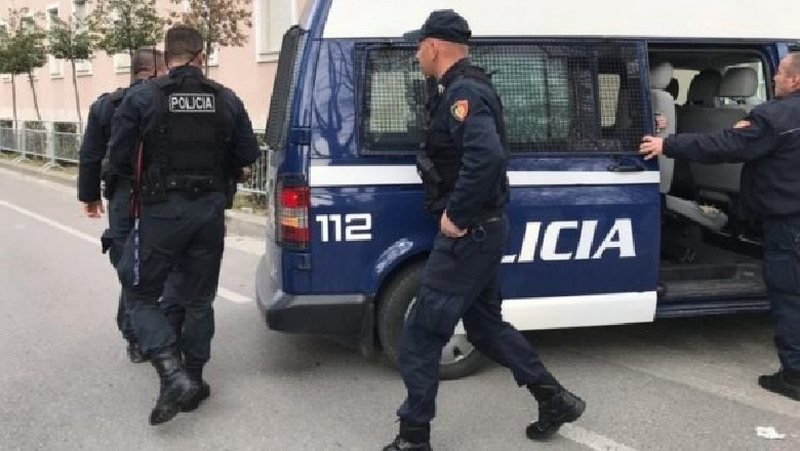 Today, the police announces that they have arrested a 21-year-old man who was driving a car without a license.

During the control in the car, a metal stick was found and seized as material evidence. The 21-year-old had a previous criminal record in the field of crimes against the person, public order and security.

The 21-year-old was handcuffed if he possessed a cold weapon in the vehicle he was driving without a driving license. Specialists for the Investigation of Crimes at the Korça Police Commissariat made the arrest in flagrante delicto of the citizen AB, 21 years old, resident in Korça (with a previous criminal record in the field of crimes against the person, public order and security).

This citizen was captured by the Special Forces "Eagles", in the neighborhood no. 6, Korça, driving without a driving license a vehicle type "Volkswagen", in which during the control was found and seized as material evidence a metal stick.

The materials were handed over to the Prosecutor's Office at the Korça Court of First Instance, for the criminal offenses "Illegal production, possession, purchase or sale of cold steel" and "Irregular driving".

He was executed with a bullet in the head, other details about the murder of the former anti-drug chief come to light: Who ambushed him? He left his pistol in ...

The Bank of Albania makes the important announcement, launches two new banknotes, what will it look like 10,000 lekë

"Covid will never leave", the professor makes the sensational statement, shows what can happen with the virus that brought the world to its knees

(PHOTO) The unspoken romance and luxury wedding of the girl, what made Sander Lleshaj happy 6 months after his resignation. Who is the foreign son-in-law of the former minister known as ... / Former world-famous Albanian boxer reveals secrets

Graduates complained about the math test and warned of protests, QSHA reacts and explains everything in detail: No room for panic

He killed his friend with a gun because he was removed as the "strongman" of the village and he was worried, the author's testimony is revealed: I would not have killed him but…