"Oh wretched, oh ..." / They 'crucified' him with comments after criticizing the opposition, journalist Mentor Kikia erupts in revolt: Are you ready to eat each other on behalf of those above! 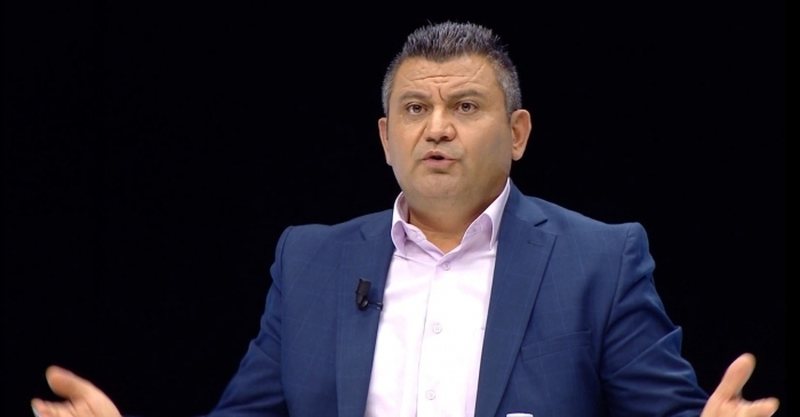 Journalist Mentor Kikia criticized yesterday through a post on social networks PD for publishing images from the morgue.

However, after this reaction, there were many insults to the journalist. Exactly these comments have aroused the revolted reaction of the journalist.

I made a post yesterday on this site, where I criticized the PD that accused the government using some photos from the morgue, as well as the government, that when it attacks the opposition, it brings out Dr. Najada and the doctors in the corridor as if they were the QSUT choir.

Undoubtedly, everyone cursed the author of the article. Some for the first part, some for the second part.

But there were also those who insulted him, because he had criticized both sides. Because man must share: O with one pair, o with the other.

O wretched people, O barren, O hungry people, who are ready to tear and eat each other, at the expense of "those above", but do you not understand how much you have been enslaved by the dependence on politics?

Yes, you are all equally deceived and deceived, all stolen and used, both from one side and the other.

I too have my political convictions and preferences and I defend them. But I'm not ready to spit on anyone who does not share my beliefs. The less I "tear" it. Because I am 1000% convinced that in this country there is not yet a leader or a politician who deserves such a sublime sacrifice from his people.

The rains start tomorrow, here is how the weather is forecast for Sunday

The event in Shkodra / The names of the suspected perpetrators of the murder of the 46-year-old are revealed, here is the connection with the killer of the RENEA staff

The long-term health effects of Covid-19, these are the consequences can last for months after discharge from the hospital

Temperatures drop -6 degrees, meteorology: Snowfall is expected in these areas

A person is found dead in the apartment in Rrogozhina, the first details

Serious accident in Lezha / Benzi collides with the electric cabin, the driver is transported urgently to the hospital

'People who smoke cigarettes have immunity to Covid-19', the well-known doctor tells the truth: Smokers and alcoholics have ...

What should people who have passed Covid have in mind? Infectious disease doctor gives strong appeal to citizens

Execution in Shkodra, this is the suspected perpetrator of the murder of 46-year-old (NAME)

"There is a massive influx to buy it", the Infectious Diseases doctor tells whether or not to use vitamin C

Arbana Osmani speaks openly, reveals the names of two moderators with whom she would like to collaborate: I have a favorite!