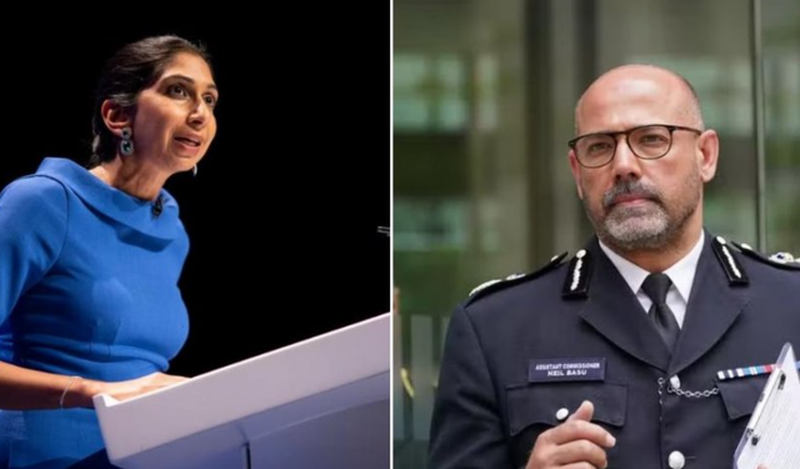 He said racist comments and anti-immigration laws in 1968 had made life "hell" for his parents, like many other mixed-race couples. In an interview with Channel 4 News before his departure from Scotland Yard, he was asked about Ms Braverman's statement that sending asylum seekers to Rwanda was her "dream".

"I find some of the comments coming from the Home Office inexplicable. It's unbelievable to hear a string of very powerful politicians speaking in the language that my father would have remembered from 1968. It's terrible,” said Basu.

The senior police officer added: I was born in 1968. The "rivers of blood" speech happened in the constituency near where my parents lived and made their lives hell.

Braverman called migrants in small boatloads of asylum seekers in the English Channel invaders in a speech to parliament on October 31, a day after a far-right terrorist attacked a reception center in Dover.

"Illegal immigration is out of control and many people are more interested in playing political parlor games and covering up the truth than solving the problem."

Basu was the UK's head of counter-terrorism policing between March 2018 and September 2021. He applied to become director general of the National Crime Agency (NCA), reaching the final stage before the recruitment process stopped and restarted by the government.

NASA captures the unusual image, the face of...

Boris Johnson: Vladimir Putin threatened me with a missile, it will only last a minute

One of the most famous philosophers in the world: This is why the struggle for power in Russia is very dangerous

The Italy-France missile axis, this is what the Aster deal reveals