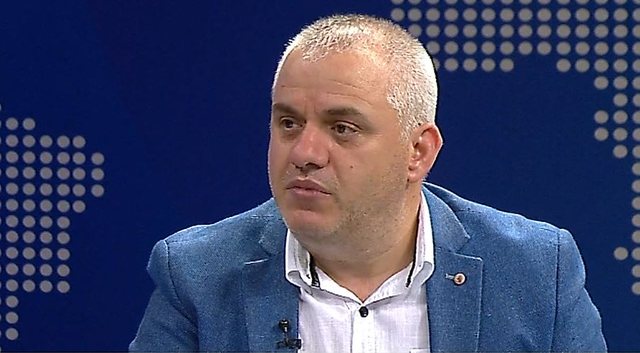 Journalist Artan Hoxha has reacted regarding the clashes between the mayor of Tirana, Erion Veliaj and the president of FSHF, Armand Duka.

Through a post on 'Facebook', Hoxha has released a photo of Prime Minister Rama with the Duke.

Hoxha writes with irony that Rama will "enter the field and take the situation into his own hands". This status of Hoxha has received many reactions from citizens.

“Did they bring Lalit? Are they used? ”A citizen wrote.

"How is that joke ?! "Mehmeti would have done it with his own head, because Enver does not know anything", Hoxha returned, biting Prime Minister Rama.

From Talo Çela, Ervis Martinaj to ... / Nuredin Dumani cut the ticket for the big heads, the full file of the Court for the most serious criminal events is published

Nuredin Dumani's soldier as a penitent of justice / From premeditated murder to illegal possession of weapons, here are 8 charges that weigh on Henrik Hoxhaj

From premeditated murder to a structured criminal group, what are the 17 charges that weigh on Nuredin Dumani, now a penitent of justice

"25 recovered from COVID", Ministry of Health clarifies the balance: Here are how many new cases have been registered in the last 24 hours in the country

The former offices of the Democratic Party are engulfed in flames

IMF team closes visit to Tirana: Albania is facing rising prices as a result of the war (Guidelines for our country)